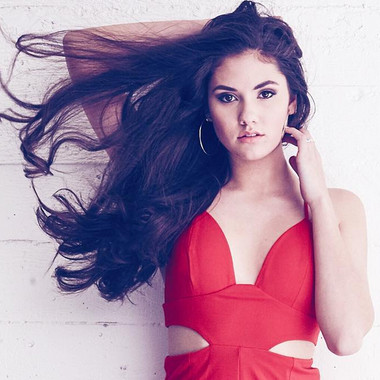 Ronni Hawk is an American actress, well known for starring the role of Rachel Diaz in the show ” Stuck in the Middle”. She has also acted in several short movies such as Found, Oak Hill Silence, The Dancer & the Boy and Benson in the Dark.

Veronica Faith Hawk was born in Boca Raton, Florida. Her parents are Ronald and Bambi Hawk. She has two sisters Katy Hawk and Ashlyn Hawk and has two brothers, Ben and Jared. She grew up in the performing arts. At the age of five, she started studying classical ballet, jazz and modern at Boca Ballet Theatre. She has participated in numerous performances. She studied at a Bak Middle School of the Arts in Palm Beach, Florida.

She then moved to Los Angeles to pursue her dream to be an actress. At the age of twelve, she began her modeling for various national Commercial and Print Campaigns. While still in Florida she began taking acting classes. 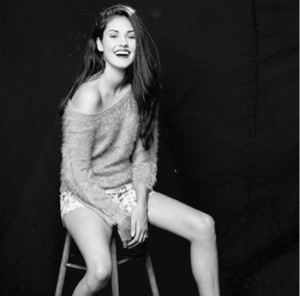 At a weekend workshop, she met two acting coaches from Los Angeles and from there her journey began when they encouraged her dream of being an actress and gave her help and valuable advice on how to achieve it. She then went on to sign with an agent and manager in Los Angeles at the age of 13. Then she started booking numerous National commercials and print magazines such as Kentucky Fried Chicken, Atlantis Resort Bahamas, Rebelle Toy, Bank of America, Target, and Bon Prix.

In 2014, she has appeared in several short movies such as Found, Oak Hill Silence, The Dancer & the Boy, Session One, Unspoken, Playing Hooky and Oblivious. Then in 2016, Ronni Hawk landed her first-ever main acting role on Disney Channel’s newest sitcom “Stuck in the Middle.” It is about a family of nine, who each have their own unique, crazy fun personalities. With so many different personalities it makes getting through the day pretty confused and creates a lot of barriers. It actually shows how a big family can be disorganized yet still truly bond and love each other. Her appearance Rachel is the oldest of seven kids and since she is the oldest she assumes she deserves all the attention. Rachel leads to be a part of a diva, but she is artistic and lovable side.

She has not dated anyone till date, however, according to j-14.com, she posted a video of herself holding hands with Aaron Reiser. “I love getting to travel around w/ @reiser_aaron,” she wrote. The rumors speculated about them but he confirmed that they were just platonic friends in his Instagram comments, and she calls him her “best friend.” 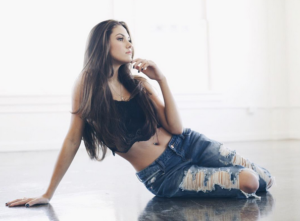 “To all the amazing ladies out there, know that you are so strong and beautiful the way you are. Love yourself the way you are and be proud of it” – Ronni Hawk

Some of her favorite things to do in her spare time are learning about production. (Even she started a production company with some friends), reading, swimming/snorkeling, hiking, camping and watching movies.

A fun fact about her is she love to ride roller coasters. she has a passion for pets; she has three pets (2 dogs Chanel, Paley and 1 cat Lila). She loves to donate her time to animal rescue shelters. This 5’7 actress holds an American nationality and belongs to white ethnicity. She earns her handsome salary from her acting career however she has not disclosed about it on social sites.