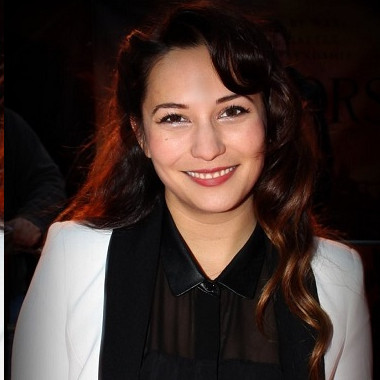 Kim Taylor Bennett is a  British-American television presenter and music journalist.  Currently, she is serving as the Style Editor for Noisey, the music channel of VICE Magazine. She also contributes to Nylon, The Fader, and GQ.

Kim Taylor Bennett on July 26, 1983, in San Francisco, California, U.S. At the age of 11, she moved to Europe along with her family. She was always outgoing and loved being around people because she grew up an only child, but being the sole center of care makes her uncomfortable.

Case in point she used to go to this rec centre in the South of Market in San Francisco and for the talent show, she settled, with two other friends, to lip-sync to “True Blue” by Madonna. They rehearsed the choreography for weeks, but when it came down to it she did not has the courage to be Madonna and she made one of the other girls take that role so she could be a backing dancer. 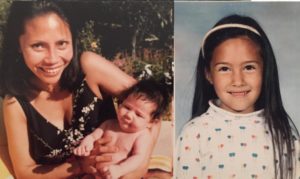 Bennett knew she wanted to be a writer from the age of eight, but she had some fanciful notion she would be a poet or a novelist. Thirteen was the turning point when she began to move away from loving top 40 pop, R&B, and The Beatles. She started possessing over rock, Britpop, pop punk, grunge, and everything with guitars that was left of centre. Music started to supersede her love of books and poetry big time.

From 2002- 2004, Bennett worked as a music editor for Jack Magazine, where she used to work Flatplanning, editing, commissioning and writing a monthly 10-page music section. She increased the section from one spread to ten pages, the largest of any men’s magazine.

Bennett was an editor for CDUK.com from 2005- 2006. She used to work as a writer and editor content for the official website for this popular UK music chart show. Her work was Commissioning a small editorial team, managing weekly newsletters and organizing competitions, plus delivering irreverent interviews from the set of the show.

Worked as a Multimedia Reporter at The London Paper

From 2006 – 2008 Bennett was a multimedia reporter, Producing, shooting and editing video content for the site, including interviews, acoustic performances, and other live footage. In this position, she also covered London Fashion Week, movie premieres and both shooting at the end of the runway and capturing behind the scenes segments with designers, makeup artists, and models. She was writing for the paper and online: daily news stories, interviews, and reviews.

From 2008 – 2010 Bennett worked as a weekly pop critic on Niki Bedi’s show on the BBC Asian Network. Her work was Running down the charts, reviewing records and discussing the music news with Bedi.

From 2009 to 2012 she worked as a music writer and editor, Keeping on top of the best new music and live shows in London. She interviewed artists, reviewing records, proofing pages. In 2012 she spent six months as the acting Time Out Music Editor. As well as managing the team and editing the section, she edited the magazine’s annual 50-page festival pullout. In November 2012 she spent six weeks working on the music desk at Time Out, New York.

From 2010- 2012 she hosted the Red Carpet show, a movie news, and premiere show screened in cinemas across the UK before the feature presentation.

Bennett currently serves as the Style Editor for Noisey, the music channel of VICE Magazine. She writes and edits daily editorial and produce original video content across the entirety of Noisey.

The 5′ 6″ tall journalist, Bennett’s income mainly flow from her journalism career which adds up her recent net worth of $1 million. She has a seductive body measurement of 34-25-36 inches. Bennett holds an American nationality and belongs to white ethnicity. Bennett is currently single. She is also active on social networking sites like Facebook and Twitter and INsatagram.