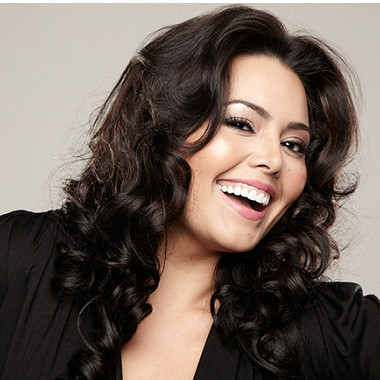 Rosie Mercado is an American fashion designer, plus-size model, makeup artist and television personality.  She is best-known for being featured on the reality show, Curvy Girls on Nuvo TV. She has also featured on the National Geographic Channel’s documentary titled Taboo. Mercado has been considered as a role model for plus-size woman worldwide.

Rosie Mercado was born on March 28, 1980, in Los Angeles, California. She belongs to a Mexican descent and was raised in Riverside, California. While she was in Riverside, Rosie always wanted to be the girl on the catwalk but never imagined it was possible. Mercado’s parents, originally from Mexico used to run a small business in Las Vegas, Nevada, where Rosie spent most of her childhood.

Rosie Mercado attended Bishop Gorman High School. During her school days she was often bullied by her friends due to her obesity, so her childhood was difficult. Having an entrepreneurial background, Rosie earned a degree in Business Management from the University of Nevada, Las Vegas Mercado. During her younger ages, she was the great fan of Jennifer Lopez and Queen Latifah.

Mercado got into the fashion industry within four years. Before it, she started her career as a photographer and due to her family poor economic condition, she couldn’t hire professional models. Once a celebrity photographer also told Mercado that she had a beautiful face and should be in modeling. So she used to take her picture herself but was often rejected because of her size.

To continue her modeling, in 2009 she entered The Miss Plus America Pageant but she didn’t win the top prize. But she won the runway competition and was discovered. Mercado was crowned as Miss Nevada Plus America, also won the People choice, Covergirl, and Runway model. Then after some few years, she was on the Full-Figured Fashion Week and Mitzy Fashion Show.

Mercado started her career as radio personality when she was 16 in Los Vegas as a morning host. She also worked for Telemundo and Univision doing red carpets interviews with celebrities. Mercado also featured on National Geographic Channel’s Taboo in 2011. As a television personality, she interviewed many celebrities including Jenny McCarthy, Carman Electra, and Kourtney Kardashian. Also in 2013, Mercado appeared on Univision’s Las Vegas. Also on the television show Curvy Girls, she starred in season one. She was a special guest on The Ricki Lake Show in June 2013. 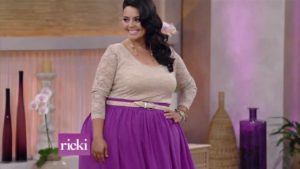 Since 2011, she has been a regular of Cosmoplatina. Also, she has worked as a beauty editor for Mia Beauty and The Best of Brides. Among the models, she was only the plus-size model to have worked with Oscar Picazo for his book and campaign. Mercado has also featured in many magazines such as Miss Mexico International, PLUS Model Magazine, SKORCH, Manik, New Beauty and Daily Venus magazine.

Mercado has also stepped into the makeup and fashion design. With her family support, Mercado got into this career. She turned her makeup skills into a career. Mercado is celebrity makeup artist worked for Miss Latina Beauty and Miss Essence Beauty in pageants.

As a fashion designer Mercado created Bellisima, a cosmetic collection which is built upon art fashion. She also worked with different designers such as Yuliya Raquel, Larissa Navarro, and Jill Alexander. In June 2013, Shop Bellisima and SWAK was launched, which was called Fuerza and consist of clothes in sizes 14-36 that Mercado designed.

Mercado married to Kirby Braden Mercado, an Australian trainer. The couple had three children, a daughter (born 2000), and two sons (born 2006 and 2008). They use to live in Los Vegas, Nevada. Due to some misunderstanding between them, Rosie Mercado divorced Kirby Braden in 2009.

Mercado also worked as a motivational speaker, who motivates women to be comfortable about their body.Mercado received a degree from Tony Robbins Mastery University in 2013. 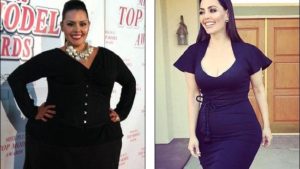 Rosie managed to lose weight after she faced embarrassing mobility problems and encounter humiliation for her size. She was over 400 pounds and is already down to 350 pounds, dress size 32, and measurements of 54″-44″-65″, when she was named the face of the in 2010 Full Figured Fashion Week.

As of 2017, the 5 feet 9 inches tall, Rosie now weighs 198 pounds and plans burn her fats more. She has inspired many people through her sensational weight loss and change. Rosie has been from a size 12 to 32/34, saying that her optimal size was 12, however likely not much smaller; as she has loved certain aspects of being plus size and wants to continue in the plus size industry, which she is passionate about. On a personal level, she believes women over 200 pounds should lose weight, as they are “likely unhealthy”.

Rosie Mercado has an estimated net worth of $4 million.