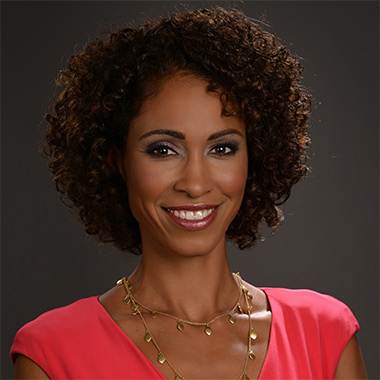 Sage Steele was born in Panama Canal Zone on November 28, 1972, into an American family. Her parents are Mona Steele and Gary Steele. She is American television anchor. She belongs to African-American and Irish/Italian descent. She has two brothers named Courtney and Chad.

Sage completed her high school in Colorado Springs, Colorado, and Camel, Indiana. Sage graduate from Indiana University. Sage worked as a reporter and news producer from 1995 till 1997. From 1997 to 1998 she worked at WISH-TV,Sage worked as the weekend morning sports anchor and weekday reporter. From 1998 till 2001 she worked at ABC affiliate WFTS in Tampa, Florida. Sage worked with current Sports Center host Jay Crawford Scott Hanson and former WFTS sports director as a sports reporter. She is an anchor and reporter at Comcast SportsNet Mid-Atlantic located in Bethesda, Maryland. Sage worked in a nightly local sports news program named Sports Nite. Sage is the main anchor at CSN Mid-Atlantic for six years . On March 16, 2007, she debuted and joined ESPN.Sage became the host of NBA Countdown on ABC and ESPN in the 2013-14 NBA season.

Sage is married, woman. She got married to Jonathan Bailey in 1999. The couple is blessed with three children.They are Nicholas Bailey, Evan Bailey, and Quinn Bailey. Sage zodiac sign is Sagittarius. She stands 5 feet and nine inches tall.

Net Worth and Social Sites of Sage

She is loved by her fan as she has a huge number of fan following on her social networking sites. Her official Facebook link is https://www.facebook.com/SageSteeleESPN. Her official twitter link is https://twitter.com/sagesteele. Sage keep in touch with her fans through her twitter account .

Sage net worth is estimated to be $1.5 million as she is paid with good salary because of her hard work and dedication towards her work.