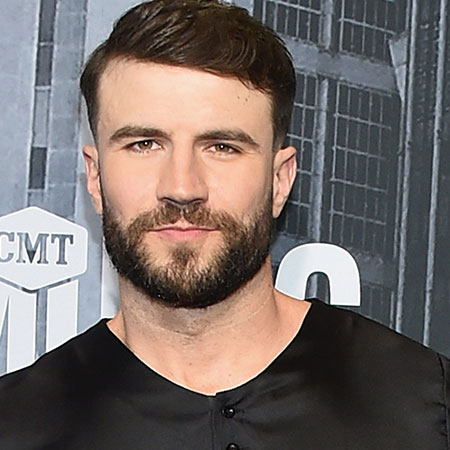 Sam Hunt is a good looking American country singer and songwriter. He is also a former college football player. He is famous for writing singles for Keith Urban, Kenny Chesney, and Billy Currington. He then signed with MCA Nashville in 2014. He released his debut album Montevallo which also includes the number 1 Country Airplay hits “Take Your Time” and “Leave the Night On”.

Sam was born on December 8, 1984, in Cedartown, Georgia. His birth name is Sam Lowry Hunt. He was born to an insurance agent Allen and a teacher Joan Hunt. He attended Cedartown High School and played football there. He was also named 2002 Co-Offensive Player of the Year and was also selected for the Georgia sportswriters Association All-State Class AAA first team as an all-purpose player. He also became a Wendy’s High School Heisman nominee. After completion of his graduation from high school, he took interest in music and bought his first guitar to take to college. He played in a quarterback position for two years at Middle Tennessee State University. He attended UAB and majored in philosophy and played in a quarterback position for two years. In 2007 he graduated from UAB, after that he was invited to training camp with the Kansas City Chiefs. He became fail to take off his football career. In 2008 he moved to Nashville to pursue his career in music.

He was awarded ASCAP Award as he co-wrote Kenny Chesney’s 2012 hit “Come Over”.  In 2014 he wrote and released two singles i.e. Billy Currington’s “We Are Tonight” and Keith Urban’s “Cop Car”. He then independently released the single “Raised on It”. In September 2013 and in October 2013 through his website, he released a free 15 song mixtape “Between the Pines”. It was confirmed in January 2014 that he signed with MCA Nashville. He then released X2C on August 12, 2014. X2C is a four-song EP. The EP was successful in ranking at number 36 on the Billboard 200 and in number 5 on Billboard’s Top Country Albums chart. The album sold 8000 copies in its first week. His first single for MCA was “Leave the Night On”. In October 2014 it went to number 1 on Country Airplay. The Recording Industry Association of America gave his single a platinum certification for one million certified downloads. On October 27 he released his first full-length studio album. His album includes “Cop Car”. Montevallo debuted at number 1 on Top Country Albums on November 5, 2014. At the same time, it also ranked number 3 on Billboard 200. The album sold 70000 copies. Five days later he announced his tour Lipstick Graffiti. Since November 14, Friday the tickets went on sale. The tour sold out at 15 of the venues. He then served as the opening act for Lady Antebellum’s Wheels Up Tour in 2015.