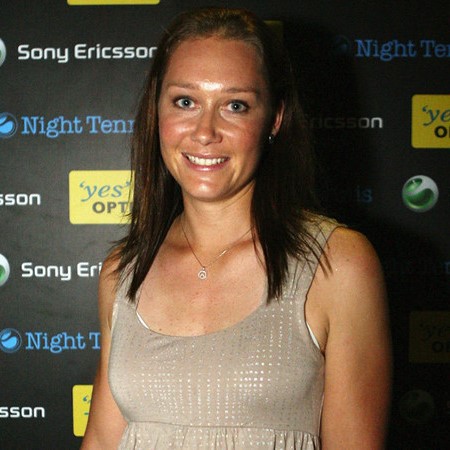 Samantha Jane Stosur better known as Samantha Stosur is an Australian professional tennis player. She previously held the world No.1 in doubles for 61 weeks as well as a former World No. 4 in singles. Furthermore, she was the top-rated Australian singles player for 253 consecutive weeks, from October 2008 to June 2017. In total, Stosur won 37 titles on the WTA Tour: 9 in singles, 25 in doubles, with 3 in mixed doubles.

Not to mention, Samantha Stosur has earned her wealth widely through her professional tennis career. According to the source, she made $17,783,962, from her tennis career, as prize money.

In Australia, Stosur is previously the highest-paid female player and was ranked 15th on BRW’s 2010 Australian sports rich list, with earnings of $2.9 million.

After winning the US Open, she pocketed $US1.8 million ($1.7 million) in prize money.

Apart from tennis, she adds good value to her net worth through endorsements deals with various brands including Lacoste.

As of 2019, her net worth is estimated $18 million but has quite less in comparison to female tennis star like Venus Williams.

Samantha Stosur, 34, is neither married nor single. Nevertheless, she is rumored to be lesbian and is reported to be dating Lisa Raymond, who is her partner for women’s double.

And the rumor began to float when she exposed her muscle after beating Dominika Cibulkova in the summer of 2012. Moreover, Samantha’s closeness towards Lisa, who is an open lesbian, is creating curiosity and doubt regarding her sexuality.

But none them has openly spoken about their relationship. Hence, Samantha being a lesbian is only a rumor.

Apart from her love life, Samantha Stosur likes simple joys like going to the beach, swimming in the sea, hanging out with friends, surfing and listening to music. Sam also enjoys other sports activities such as snorkeling and cycling.

Samantha began her career from her early age. At the age of 16, she played in the World Youth Club in Jakarta, Indonesia. Her first professional tennis began in 1999 on the ITF Circuit. Then, she debuted on the Women’s Tennis Association tour in 2000.

Her first big break came at Australian Open 2006 when she entered the fourth round. Her best singles result at a Grand Slam tournament up till that point. Solid results took her to a then career-high No.27 in January 2007. In 2009, Sam truly came into her own in the singles field.

In 2009 Sam became notable for her serve, which is now considered one of the best on the women’s tour, while her year-end ranking of No.13 was another career high for the Queenslander.

Stosur did it to the semis at Indian Wells and the quarters in Miami before triumphing in Charleston to continue a second WTA singles title to her gathering. Stosur was a finalist at her next event in Stuttgart, falling to Justine Henin and a quarterfinalist in Madrid as she prepared for Roland Garros.

Her best period on the Tour proceeded with semifinal faces in Eastbourne, Stanford, and quarterfinal displays in San Diego, New Haven, Osaka and at the US Open.

Stosur finished her year at the WTA Tour Championships in Qatar, where she was a semifinalist. She also granted the WTA’s Diamond ACES Award for 2010, knowing Stosur’s tireless attempts in developing tennis to fans, media, and local areas.

Her year was capped off by having a court named in her honor at Southport’s Queens Park Tennis Centre, Queensland.She has also got the US Open grand slam title in 2011.

Samantha Jane Stosur was born on 30th March 1984 to Tony and Diane in Brisbane, Queensland. She has two siblings named Dominic and Daniel. At the age of eight, she learned to play tennis.

At the age of six, her family house and business on the Gold Coast was damaged by a flood, and she along with her parents went to Adelaide

Stosur thought her schooling from Helensvale State High School on the Gold Coast and Gaven State School. At the age of 14, she enrolled Queensland Academy of Sports under Geoff Masters. When she was 16, she joined the Australian Institute of Sports tennis program.