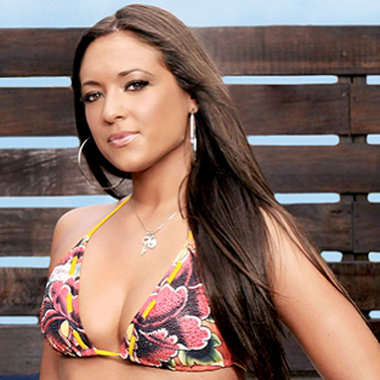 Sammi “Sweetheart” Giancola is best known for MTV reality television series, “Jersey Shore”. She came into limelight for her on and off kind of relationship with boyfriend, ‘Ronnie Ortiz-Magro‘. Sammi has also appeared on “The Tonight Show with Jay Leno”, “The Ellen DeGenres Show”, “The Wendy Williams Show” and “Live with Regis and Kelly”. She is a renowned actress, model and television personality who has a million followers on her social sites. She is also an entrepreneur who has released different clothing and fashion labels.

Samantha Rae “Sammi” Giancola was born on 14th March 1987 in Hazlet, New Jersey, United States. She is a daughter of AI and Angela Giancola who divorced in 2005. She grew with two sisters, Nicole Flynn and Rachel Giancola. Giancola belongs to Italian and Greek descent.

She attended Raritan High School, where she was a four-year varsity soccer letter winner. While in high school, she was a softball and track competitors. She used to take part in various games during early life. Later she got enrolled in Wiliam Paterson University majoring in Sociology. While at the University, Samantha was a midfielder on the University’s women soccer team. She also led her team to win the Eastern College Athletic Conference’s Metro Tournament. 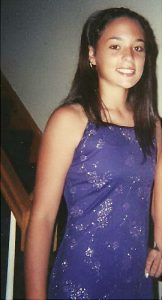 Giancola started her career as a reality television star from the popular MTV’s show “Jersey Shore” in August 2009. Since then, she has appeared along with cast mates on “The Tonight Show with Jay Leno”, “The Ellen de Generes Show” and “The Wendy William Show”. She also appeared in a film called  “The Three Stooges” with the cast member of “Jersey Shore” in 2012.

In 2011, she created her own line of perfume called “Dangerous” which is available for both men and women. She again launched her next fragrance lines called “Dangerous Desires” which marks her as a successful entrepreneur.

Moreover, in the same year, she launched her online clothing store, “Sweetheart Styles” which includes a fashionable and stylish outfit, activewear, tops, and outerwear. She has also launched her line of clutches, bracelets, earring and necklace sets.

Furthermore, she also became a co-host in the podcast “Just Sayin” which is available on SoundCloud and iTunes. The podcast was published by Loud Speakers Network and was based on current celebrity rumor where her co-host was a relationship expert, Siggy Flicker and TV Host, Clare Galterio.

Sammie Sweetheart is always in the limelight since 2009 due to her on and off relationship with long-time boyfriend, Ronnie Ortiz-Magro. Ronnie is co-participant of MTV reality show “Jersey Shore”. 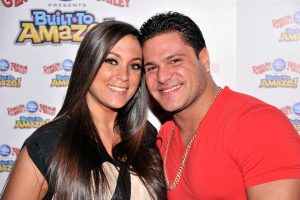 Even though her first love was incomplete, she found love again. Recently, she is in a relationship with a mystery guy, named Christian Biscardi. She posted her pictures on her bed with her new boyfriend, Christian on her Instagram page. Christian looks a lot like her ex-boyfriend and she is really excited and happy with her current love life. The couple has not declared any plan about their marriage. But, there are rumors that Christian and Sammie are planning to tie their knots soon.

She is dragged into controversy due to her recent new looks which gave air to the rumor of plastic surgery. But, she denied going under the knife. She has the well-maintained figure and the height of 5 feet 6 inches.

The model and actress is favorite television star who has accumulated millions of fans and also the bulk amount of money from her professional career. According to the sources, she received $80,00 for an episode of “Jersey Shore”. And her net worth is added by her fashion and perfume lines. As an entrepreneur, she collects lots of money from her fragrances “Dangerous” and “Dangerous Desire”. Appearing in various movies, television series, and podcast, she is reported to have gained the net worth of $2 million as of 2017.