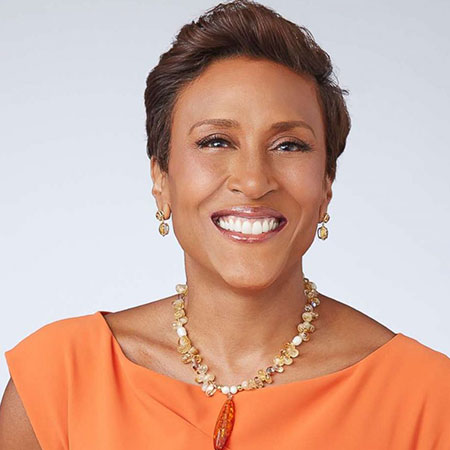 The prestigious Author Ashe Courage Award winning television broadcaster and author, Robin Roberts is a well-known American Sports TV personality, mainly recognized as an anchor of ABC’s “Good Morning America.” Having active in this field since 1983, she has contributed SportsCenter and penned three books.

Robin René Roberts was born on 23th, November 1960, to Lawrence Roberts and Lucimarian Roberts in Tuskegee, Alabama, U.S. Her father, Lawrence Roberts, was a part of ‘The Tuskegee Airmen,’ a well-known group of black fighter pilots in the US Army Air Force during ‘World War II’. 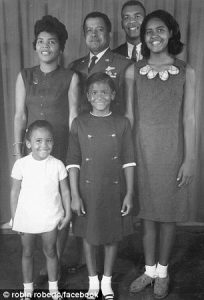 Her sister, Sally-Ann Roberts, is also a local news anchor, which inspired Roberts to follow the footsteps of her elder sister. She got involved in the field after gaining a degree in communications from Southeastern Louisiana University
in 1983.

After her graduation, Robin Roberts used her unique combination of athletic talent and journalistic skill to become a sports reporter. 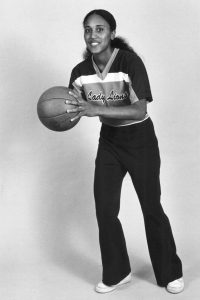 Roberts started her career serving as a sports anchor and reporter for WDAM-TV in Hattiesburg, Mississippi in 1983. After working there for around a year, she moved to WLOX-TV in Biloxi, Mississippi in 1984, afterwards she went on to take the job of a sportscaster for WSMV-TV in Nashville, Tennessee in 1986. She also worked as a sports anchor and reporter at WAGA-TV in Atlanta, Georgia, from 1988 to 1990. Other than having a TV career, she also did a radio show for radio station V-103 while in Atlanta.

On February 1990, Roberts was hired by ESPN at the age of 29, where she hosted the network’s broadcast program “Sportscenter.” Around the same time, she started making appearances as a guest reporter on “Good Morning America,” show telecast by ABC, which is a sister network of ESPN. Later in 2005, after years of her affiliation with to both Good Morning America and ESPN, ABC chose her for the “morning news program” as a full-time co-anchor.

Roberts was later named anchor of ABC World News’ Good Morning America, she teamed up with George Stephanopoulos as co-anchor. 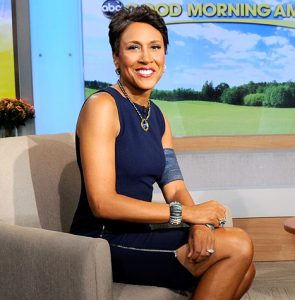 Together, they gradually outnumbered other morning shows and later rose to the top of the competitive morning show ratings, defeating NBC’s Today show, which previously held the No. 1 spot for more than a decade. She also interviewed of President Barrack Obama in her show Good Morning America on May 9, 2012

In August 2011, Roberts was off the air from ‘Good Morning America’ to undergo treatment for a rare ‘blood disorder’ resulting from complication of the chemotherapy in 2007 which she took to get rid of breast cancer. She outed that she was suffering from myelodysplastic syndrome, form a website for Be the Match, a nonprofit organization that holds a national bone marrow donation registry, that year Be the Match encountered 1, 800 % raise in the number of contributors. 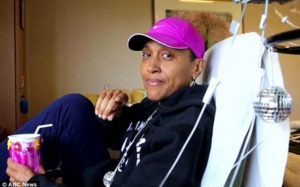 Roberts herself did not rely on the registry, but somewhat on her sister, Sally-Ann, who doctors considered an excellent match donated her with bone marrow. Nevertheless, Robin Roberts advanced for bone marrow donation via Be the Match and encouraged viewers to register. 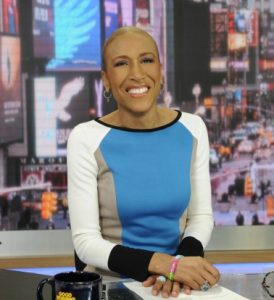 After Roberts made her comeback in November 2012’s government election and she quickly pulled Good Morning America again in the topmost position as 6.1 million viewers attuned in to see her entry to the air.

She said during the segment:

“I have been waiting 174 days to say this: “Good morning, America!”

In July 2013, Roberts created headlines when she was praised at the 2013 ESPYs. She won the prestigious author Ashe Courage Award, which was granted to Roberts by basketball star LeBron James. 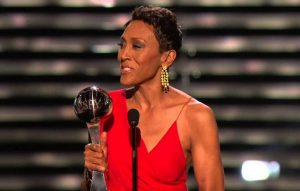 Modeling empathy and love for kids age 2-7, the Peabody Award-winning animated series shows the imaginative story of six-year-old DOC MCSTUFFINS who interacts with and heals stuffed animals and broken toys. 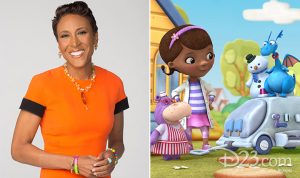 Roberts plays the mother of a four-year-old chemotherapy patient named Audrey, whose doll Hannah sees the Doc for a health issue that also leads to losing her hair. The episode includes an original song, “Brave Like You.” 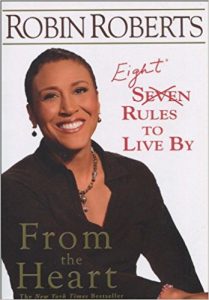 In January 2014, Roberts officially came out as a gay woman on Good Morning America. Before 2014, she was not out of the closet but three years ago she outed that she was dating Amber Laign, a massage therapist on the show. 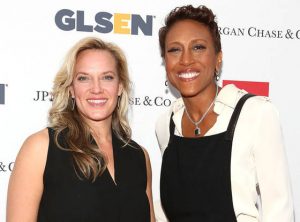 They are in a relationship since 2005. Justice Forum held her name as one of the 31 Icons of 2015’s LGBT History Month.

After anchoring many emotional episodes of Mississippi Gulf Coast destroyed by the Hurricane Katrina, she also drove the Pace Car for the 2010 Indianapolis 500. As an acknowledgment of her contribution to women’s basketball through her broadcasting, her name is involved in the Women’s Basketball Hall Of Fame.

Her current estimated net worth is reported to be around $25 million and her annual salary is estimated to be around $8 million. Robin Roberts lives with her partner Amber in a multi-million dollar posh apartment in Manhattan’s Upper Westside. 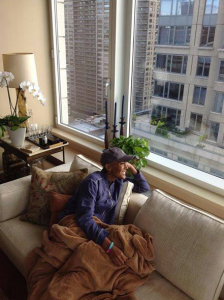