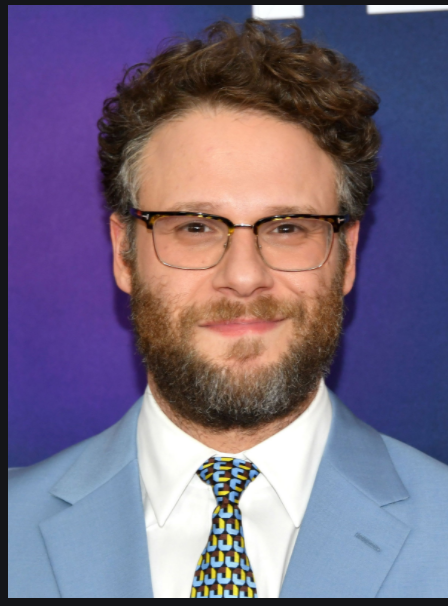 Seth married to wife, Lauren Miller, an actress, and writer, in 2004 and the couple had minor on-screen roles together in some of the Rogen’s films.

Seth was born as Seth Aaron Rogen on 15th April 1982 in Vancouver, British Columbia, Canada. His father, Mark Rogen, worked as assistant director in several non-profit organization, whereas his mother, Sandy Belogus, is a social worker.

Rogen grew up along with his older sister, Danya and attended Vancouver Talmud Torah Elementary and Point Grey Secondary School. He was interested in acting from his childhood and as soon as he found out that he can be funny as the Job while growing up, he eagerly wanted to pursue a career in comedy.

Rogen started performing stand-up comedy during his teenager and later in bars. He had co-written rough draft of Superbad at the age of 13.

Seth got opportunities to cast as a supporting role in the TV series Freaks and Geeks but it was officially canceled just after one season due to low viewership. He moved to Los Angeles for the role but couldn’t work out instead he got a part on a sitcom, Undeclared and also hired him as a writer.

Afterward, Rogen got chance to work as a staff writer on the final season of Da Ali G Show, which also led him to make his first appearance with a minor role in Donnie Darko in 2001. Later, he was cast as a supporting role and also as a co-producer in The 40-Year-Old Virgin.

Seth Rogen’s performance won the heart of Universal Pictures and they eventually took him as the lead role in the movie Knocked Up and Funny People. He also co-starred in the biopic, Steve Jobs as Steve Wozniak, in 2015 and within a year he developed the AMC television series Preacher along with his writing partner, Evan Goldberg and Sam Catlin.

Furthermore, Rogen has also worked as a writer, executive producer, and director with Goldberg and also co-wrote the movie such as Superbad, Pineapple Express, The Green Hornet, This is the End, The Interview, etc. Additionally, his some of the best movies include The Disaster Artist, Sausage Party, The Night Before, Neighbors, Neighbors 2: Sorority Rising, and much more.

Seth outstanding performance has won the heart of millions of people as well earned several awards. Some of his awards include:

Moreover, he was nominated for Young Artist Award as Best Performance in a TV Series–Young Ensemble for Freaks and Geeks, Primetime Emmy Award as Outstanding Writing for a Variety, Music or Comedy Program for Da Ali G Show, Golden Globe Award as Best Motion Picture–Comedy/Musical for 50/50, American Comedy Award as Funniest Motion Picture for This Is the End, and much more.

Rogen married wife, Lauren Miller, an actress, after dating for several years. The couple met each other while working together on Da Ali G Show and engaged on 29th September 2010. Rogen and Lauren tied the knot on 2nd October 2011 in Sonoma County, California. The couple has also cast together in some of the Rogen’s movies.

Rogen is also involved in different social work and often raised money for several charity works. He also raised awareness of Alzheimer’s disease and raised money for Alzheimer’s research through Hilarity for Charity. He was honored with the unite2gether accolade from unite4: humanity for promoting awareness.

Seth Rogen earns the good sum of money in his career. Being an actor, comedian, writer, producer, writer, director, and voice actor, he has several sources of income. His salary in the Green Hornet movies was $6,000,000, whereas got $500,000 from Knocked Up in 2007.

Seth Rogen has earned $8.4 million dollars from the movie The Green Hornet, also has $1,650,000 value asset in West Hollywood home. Allocating information from several sources it is found out that his net worth as per 2018 is $55 million.