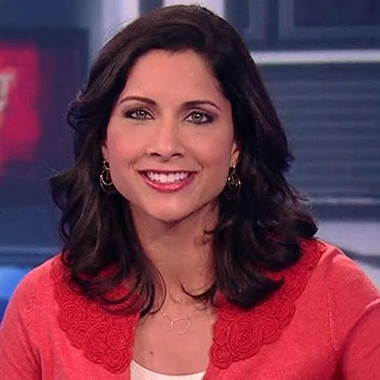 Known as the reporter of Fox Business Network, Shibani Joshi has attracted many audiences for her eloquent presenting style and also for her sexy long legs. The hot and sizzling Joshi’s parents are an Indian immigrant. She has become the eye candy for the viewers and has managed to magnetized many people to watch her, present the show.

Born in Oklahoma City, the USA on 4 October 1975 to Indian parents. Her father, Dileep Joshi is the former vice-president of Lucent Technologist, a manufacturing, and engineering firm, while her mother, Meghana Joshi is the former information technology manager for Johnson Controls Inc., in Norman, Oklahoma, which operates three business units: Building Efficiency, Power Solutions, and Automotive Experience.

Joshi grew up in Oklahoma where she attended Putnam City North High School. After graduating high school she joined the Universiy of Oklahoma and graduated with a B.A. Degree in accounting and finance. During her time at the University of Oklahoma, she was the member of Gamma Ph Beta social sorority. Joshi has also earned Master of Bussiness Administration (MBA) from Harvard Business School and accomplished the investment banking analyst program at Morgan Stanley.

RISE TO THE WORLD OF JOURNALISM

Shibani Joshi began her journalism career at CNNfn as its news production assistant where she contributes to Lou Dobbs ‘Moneyline’ and CNN’s ‘Money Morning’. She also served the Reuters Television as a producer and also for The Times of India’s joint venture news channel called ‘Times Now’. Joshi was the host of a variety show of ImagineAsian TV’s ‘The Pulse’; which contributes to ABC News Now and ABCNews.com. She was also the co-host of American Desi talk show ‘Point of View’.

In 2004, she was named the Senior Manager in Strategy and Bussiness Development at Disney/ABC Media Networks. She holds the position till the ned of 2006 and launched the ABC News Now. Joshi once appeared as a guest on the late night show ‘Red Eye with Greg Gutfeld’ on Fox News Channel.

The talented and intelligent, Shibani Joshi is married to Rahul Advani. Her husband is the principal of Energy Capital Partners in Short Hills, New Jersey. The couple is blessed three children; the first child was born on 2 June 2010, a second in August 2012 and the third in mid-2013.