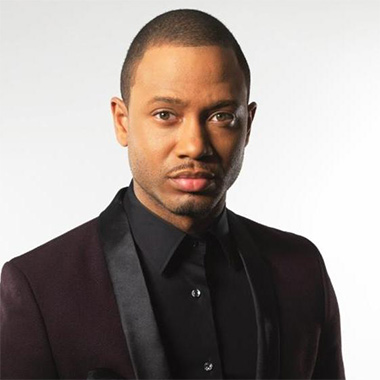 Terrence Jenkins or simply Terence J is a famous television personality in the world of entertainment. He is also known for his acting works and even modeling as well. He has hosted BET’s countdown show 106 & Park and had co-anchored e! News.

Born on 21 April 1982 in Queens, New York, United States of America; Terrence J spends of his childhood in Raleigh and Rocky Mount, North Carolina. Growing up in Raleigh, he attended North Nash High while he was working as a DJ at WRSV Soul 92.1 until he graduates high school. He then attended North Carolina A&T State university; here he was the President of Student Government Association and also served as the DJ for the university’s radio station called WNAA. He graduated in 2004 with a degree in mass communication.

Passionate of becoming a DJ from a young age, Terrence continues to work as DJ in Greensboro’s local station 102 Jamz. During his time at North Carolina A&T State University, he was the member of Omega Psi Phi and was later initiated into Mu Psi chapter in the spring of 2004.

THE MAN WITH EVERLASTING HOPE

Shortly after graduation, he landed a job in a sports company in Dayton Beach, Florida. His rise to mainstream came when he auditioned for the host of BET after his brother Fred Whitaker suggest about it. Terrence was in Florida when his brother phoned about the open audition for BET. Eventually, he made up his mind and catch a plane to New York with all his savings. Ironically he could get through the first auditioned and was depressed but never lose hope. He then rent a car, drove himself to another audition in Atlanta, where he finally succeeded.

Terrence began hosting BET’s nationwide popular radio show 106 & Park Weekend Countdown in 2005. The show is broadcasted to over 60 markets in New York and abroad. Later, he was assigned to host the network’s leading music video countdown television show. The show was a big hit, becoming the highest-rated show in the US, Canada, UK, Africa, Caribbean and even in Japan. Soon becoming the face of 106& Park, he started receiving an acting offer from different people.

WRITING HIS NAME IN THE ENTERTAINMENT INDUSTRY

In 2007, Terrence accepts the starring role in the sequel film ‘Stomp the Yard and Stomp the Yard: Home Comming. He also appeared as Dave the D.J in the Cher and Christina Aguilera film ‘Burlesque’ in 2010. He also starred in the television show ‘The Game’ in its fourth season and also in ‘The Heart Mentalist’ alongside Marla Gibbs. Terrence played the starring role as Michael in the Sony Picture Feature Film called ‘Think Like A Man’. His other movies credits include Sparkle (2011), Baggage Claim (2013), Battle of the Year: The Dream Team (2013), The Perfect Match (2016).

Terrence J was cast regularly on the debut of the E! network’s television series: “Keeping Up with the Kardashians” spin-off show “Kourtney and Khloé Take Miami”, featuring Kourtney and Khloé Kardashian. He also co-hosted the Y100’s radio show Khloé After Dark with Khloé. In 2008, he made an appearance in the hit single of Estelle’s video American Boy. On 4 September 2012, Terrence J was named the co-anchor of E! News, replacing Ryan Seacrest. He was also the host for Miss USA 2016 coronation night. Terrence released his first book “The Wealth of My Mother’s Wisdom” in 2013.

Terrence is the co-founding member of consulting and formulating markets plan company called Jenkins Entertainment Group, a company that specializes in hosting work. McDonald named him the ambassador of the AfricanAmerican Future Achiever Scholarship Campaign. Where he has to travel to 10 schools in New York and promotes the importance education. Jenkins is also involved with various Sean John clothing line.

Terrence began dating Korean-born American actress Nicole Bilderback in 2008. The couple stayed together as boyfriend/girlfriend for about two years and separated in 2010. Currently, he is reportedly dating model Jasmine Sanders. Although it is not yet made official, in April 2016, they were spotted out shopping and a few weeks later they were seen having a dinner in a restaurant.

Terrence J net worth mostly came from his worked as a host for BET’s 106 & Park and from Jenkins Entertainment Group as well as from his book. His appearances in different movies and television shows became part of Terrence J net worth. As of 2016, his net worth is estimated to be $4 million dollars.