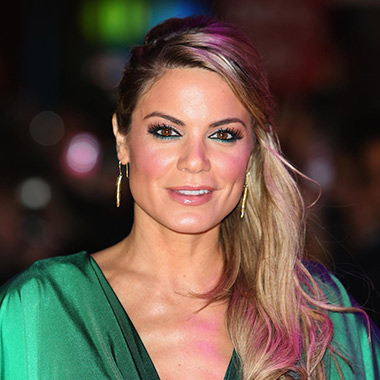 Charlotte Jackson was born in 1978 in Portsmouth, Hampshire, England. She is a very famous, beautiful and sexy British television presenter as well as journalist. She currently works for Sky Sports News as a presenter. For Hampshire she played lacrosse and tennis.

Her family originates from Liverpool although she is from Portsmouth. She is die hard Liverpool fan. She spent her childhood days in Wickham which is a village just north of Portsmouth.  Her full name is Charlotte Louise Jackson.

Charlotte was also a singer and backing vocalist for a TV appearance of his hit Is This the Way to Amarillo for Tony Christie. From 2005 to 2009 she hosted Barnardos Young Supporters Concert. In 2007 she participated in Catfight. Catfight is a boxing match. She wrote and presented news in 2004 for several sports websites such as TEAMtalk, sportal.com, Golf365 and Football365 and other sports related websites. In 2006 she as a presenter covered the National Hunt Festival for Cheltenham official website. In 2007 she joined Setanta Sports News. She there alongside Murray Dron co-hosted Lunchtime Live. She also have presented various live events such as BetFred League of Legends darts tournament. For Al Jazeera +3 Sport’s coverage of 2008 Summer Olympics she presented the Beijing Bulletin with Rhodri Williams. She also as a dancer appeared in Clarkson: Heaven and Hell in 2005. In June 2009 after channel ceased broadcasting, in August 2009 she joined Sky Sports. She there presented on Sky Sports News. She most of the time appears with Tim Shaw on his radio show called Absolution. She with Pedro Pinto hosted 2009 FIFA World Player of the Year Awards Ceremony. She also appeared in the Keith Lemon film as a reporter. She with John Fendley presenting Football quiz show Take it Like a Fan. The show is about asking quiz questions of different British football league. She alongside Paddy McGuinness presented ITV’s 71 Degrees North second series. She was the team captain for ITV’s The Big Quiz- Sports Special for girls. She was also one of the contestant in ITV’s celebrity diving show called Splash! In 2013. She in the show reached to the semi-finals but unfortunately she broke her toe.

She is a happily married woman. She got married to Chris Coleman. He is a football manager to Wales. They announced that they were expecting their first child in June 2014. On 22 December she gave birth to her son. She is Coleman’s second wife. He has four children with his previous wife Belinda.

She have given many sexy bikini photo shoots. She looks sizzling hot in her two piece bikini. She stands 1.78 m tall. She is also called by her nickname Action Jackson. Her zodiac sign is Cancer. She stands 5 feet and 10 inch tall weighing 56 kg. She belongs to white ethnic background. She have got chestnut reddish brown eyes. She have dyed her hair in blonde color. Her body measurement is 38-27-37 inches. Her bra size is 38D. She follows Christian religion.