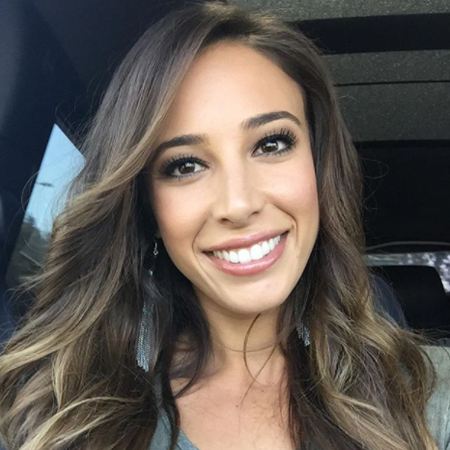 Sierra Dallas earns a handsome amount of money from her videos on the YouTube channel. An average, YouTuber with 200,000 subscribers, makes an income about $10,000. Thus, no doubt Dallas earns more than $10,000.

As of now, Sierra Dallas’s net worth is estimated to be around $550,000. As Sierra Dallas is still active in this field, thus, her income will grow in the coming days.

Sierra is unmarried yet, but she is in a relationship with Brent Mallozzi. Her boyfriend, Mallozzi is an insurance agent and project manager. Sierra Dallas has featured her boyfriend on her Vine, Scaring Brent Mallozzi and on her YouTube channel in a video, Baby Food Challenge.

As of now, the couple is going very well, and there are no signs of separation.

Sierra Dallas was born on 12th, May 1990 in Whittier, California, USA. Her mother’s name is Gina Dallas. Sierra Dallas is the older sister of Cameron Dallas. She grew up developing a keen interest in the social media.

Happy Mother’s Day to my beautiful Mommy!! Thank you for everything you have done for me & @camerondallas! You had to sacrifice so much being a single mom and it has never gone unnoticed. You are so special to me & to the world! Beyond blessed I get to call you my mommy! I love you!!! FOREVER & ALWAYS!

Talking about her education, Sierra Dallas attended California State Polytechnic University, where she earned a degree in communications.

Sierra Dallas began her career in 2014 when she started beauty vlogging. Moreover, Dallas used to be one of the most popular Vine stars with over 230K followers.

She is also one the most popular on Musical.ly users with over 430K fans. Her theesierradallas musical.ly account has more than 550,000 fans.

Sierra Dallas then went on to create a self-titled YouTube channel. She made a YouTube video starring her brother Cameron Dallas. In which they did a makeup challenge, the video was viewed over 1 million times.

On July 2016, Sierra Dallas earned 255 k subscriber on Youtube and 240,000 followers on Vine. Her featured video, How to do Your Mascara Routine and Makeup Challenge with my Little Brother Cameron became the highest viewed video on Youtube.

Currently, Sierra Dallas has over 337,745 subscribers and has uploaded more than 90 videos on her YouTube channel, Sierra Dallas. Apart from that, she also worked for YMI Jeans and ApparelDeals.