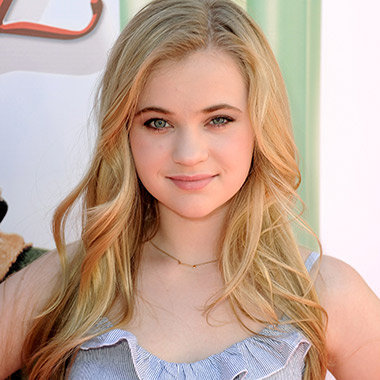 There are very few people in Hollywood who has gained name and fame at the age below twenty. Sierra McCormick comes under such few names who has done some wonders in Hollywood. Born on October 28, 1997, Sierra McCormick represents herself as an American actress. Her role as Olive Doyle on A.N.T Farm, the Disney Channel series was widely appreciated. She participated in the game show named Are You Smarter Than a 5th Grader?, which brought her to media attention. She also acted as Lilith in Supernatural. Born in Asheville, North Carolina, McCormick went to Los Angeles, California at a young age to fulfill her dream to become Hollywood star.

Talking about her career, Sierra McCormick realized her interest in acting after joining The Corsa Agency in Los Angeles. She made her appearance on screen for the first time on screen through the television series ‘Til Death’ when she was 9 years old. In 2007, she was cast in the second season of Are You Smarter Than a 5th Grader, where she booked seat after beating thousand of other competitors. She appeared as the guest artist on Hannah Montana, a Disney Channel series in the episode “Welcome to the Jungle”. She also acted as co-actor in the movie Jack and Janet Save the Planet. McCormick played the role of Susan Kushner in the film Ramona and Beezeus (2010). In 2011 she got the role of Olive in the A.N.T Farm, the Disney Channel series. During her audition, she continuously spoke about tiger and judges panel, impressed with her speaking style, picked her for the role.

“If I’m at a party, I can put on some crazy dance moves. However, it’s not synchronized, beautiful or choreographed like a ballet dancer. I’d love to be graceful like that.”

Digging about her personal life, Sierra McCormick is blessed with immense beauty and personality. Being a hard working and dedicated actor, it seems that she has not given much more time on dating and affairs. She might have been dating someone but she is not comfortable talking about in media. Bold personality McCormick has maintained her body physique well and her blond hair has added more beauty to her. She stands tall with a height of 5’2’’. She has a huge number of followers on social networking sites such as facebook, Instagram, and twitter. At the early age, she has made net worth of $1million (2016).