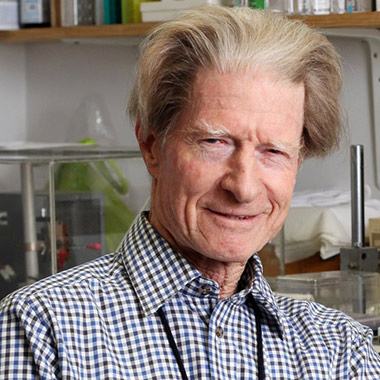 Sir John Bertrand Gurdon was born on October 2, 1993, in the United Kingdom. He is a great biologist known for his research in cloning and nuclear transplantation. He and Shinya Yamanaka were nominated and awarded Nobel Prize for Medicine. Their research had discovered that mature cells can be stem cells after converting and they can be reprogrammed.

John went to Edgeborough and Eton College and he was the least scoring student out of 250 boys. He was fifteen at that time. Even his teacher quoted him as ridiculous. After that, he went to Christ Church to study Zoology. He did his D Phil degree in the nuclear transplantation of the species Xenopus in the frog. He began to work at Department of zoology at the University of Oxford.

He carried out most of his research at the University of Cambridge at Laboratory of Molecular Biology and presently in zoology department. He was one of the founding members of CRC institute which treats and research cell biology and cancer. He was also chairman of this institute. Later this institute was renamed to Gurdon Institute honoring him
HIS CONTRIBUTIONS & AWARDS

Shinya Yamanaka contributions are very helpful for Gurdon to find out the functions of cells and various genes in the animal body. His research was making the world think differently.

Gurdon, at the University of Oxford, cloned a frog using nuclei from tadpole which was from Xenopus species. In this experiment, Gurdon put the nucleus of a matured tadpole into fertilized egg but also that egg grew into a frog. This experiment proves that mature cells also have genetic information to form new cells. Although this experiment couldn’t exactly proof his theory but it was something that every scientific community get attracted to. His methods are proven to be very useful to clone plants and still on use. Not only that Gurdon and his team has also pioneered a technique to identify the proteins encoded in the eggs of a Xenopus by injecting them messenger RNA molecules.

Sir John B GurdonHis research and technique has given a lot to the world and for this, he has been rewarded numerous time. In 1971, he was declared Fellow of the Royal Society (FRS). Gurdon was also knighted in 1995. The wellcome institute which was cancer research center where he was one of the founding members, the institute was renamed as the Gurdon Institute. American Association of Anatomist elected Gurdon as an honorary member in 2005. In 2009, he achieved Albert Lasker Basic Medical Research award and Harveian Oration in 2014. There are many more awards and honorary degree he has achieved.