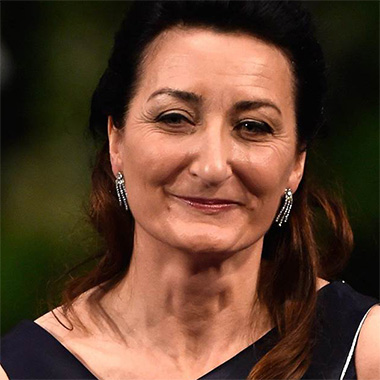 May-Britt Moser is a Norwegian psychologist, neuroscientist as well as the founding director of Kavli Institute. She contributed to the discovery of grid cells in the brain and illustrate their role in generating a system of mental coordinates due to which animals are able to respond their environment.

May-Britt was born on January 4, 1963, in Fosnavag, Norway. Her zodiac sign is Capricorn. Her childhood was spent on a farm in the western region of Norway. She attended the University of Oslo in the early 1980s, where she studied neurobiology, psychology including mathematics. She and her husband attended the same school, but unknown to each other and ended up with the same university. In 1985, she got married to Edvard and have two daughters. They decided to pursue the study of brain behaviour relationship.

Britt Moser researched the neural networks of the hippocampus to analyze the mechanism underlying the generation of cortical maps. They investigate the effects of hippocampal lesions on the activity of place cells reported by John O’Keefe and his student Jonathan O. Dostoevsky. The Mosers’ observation drew their attention to a part of the brain called entorhinal cortex, which share a direct connection with CA1, an area of the hippocampus which plays a key role in the spatial process. The Mosers were able to place electrodes in the dorsocaudal medial entorhinal cortex (dMEC) of the rat brain with the help of Dutch functional neuroanatomist Menno P. Witter, granting them to study the activity of cells in response to specific behaviours. They found that cells in the dMEC become active with respect to an animal’s position and its environment. Thus, a regular activity formed a grid of equilateral, tessellating triangles inspiring the name grid cells. Along with grid cells, they found head direction cells and border cells interacting with place cells in the hippocampus to determine navigation and orientation.

Britt Moser was awarded as the young scientist by the Royal Norwegian Academy for Science and Letters in 1999. In 2005, she received the 28th annual W. Alden Spencer Award from the College of Physicians and Surgeons of Columbia University. In 2006, She earned the 14th Betty and David Koetser Award for Brain Research (University of Zurich). She then won the Louis-Jeantet Prize for Medicine in 2011. In the same year, she got Anders Jahre Award with Edvard Moser. In 2013, she shared Louisa Gross Horwitz Prize with Edvard and O’Keefe. In 2014, she got Nobel Prize in Physiology or Medicine with Edvard and O’Keefe. In the same year, she won the Korber European Science Prize. She was appointed as one of the members of the Evaluation panels for ERC startup grants for 2007-2009 by the European Research Council.