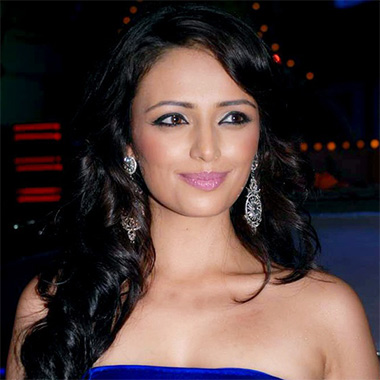 Roshni Chopra is very beautiful and gorgeous Indian actress, model as well as a television presenter. She is also renowned singer and dancer too. She is the winner of NDTV Imagine’s show, “Dil Jeetegi Desi Girl”.

She was born on November 2, 1980, in New Delhi, India. She was born to Ravi Chopra and Manju Chopra. She holds Indian nationality and belongs to Hindu religion. Her zodiac sign is Scorpio. Her Father is a businessman, producer as well as director. Her mother is an interior designer. She also has a younger sister named Deeya Chopra. Her sister is also a TV actress. She studied in, “Delhi Model School” from 4th to 6th and onwards from “Our Own English School”, Dubai. She did her graduation from Gargi College, Delhi. She completed her Master in Communication from University of Leeds, United Kingdom.

She is well known in,“Kasamh Se” on Zee TV for playing the role of Pia. Pia is the younger sister of protagonist Bani Walia. Pia was once antagonist but recently diverted into being kind again. After a long time, she came back in, “Kasamh Se” on October 28. She used to be the presenter of the pre and post match cricket show on Doordarshan called Fourth Umpire. She was one of the hosts of the Indian Variant of got Talent series called, “India’s Got Talent” in 2009. In this talent show, Sonali Bendre has been a judge on

Chopra can be spotted in the Vikram Bhatt’s film, “Phhir”, which was released on August 12, 2011, from which she got the media attention and popularity. She has also made an appearance in an episode of horror TV series, ”Maut Ka Khel”, “Aahat” on Sony TV. She used to host the show,”Comedy Circus Teen Ka Tadka” on Sony TV in 2009-2010. She is currently engaged in, “Comedy Nights With Kapil” on Colours. She can be noticed in the show, “Pyaar Mein Twist” from January 29, 2011, on Star Plus . She starred in the movie, “Bhram: An Illusion” in 2008. She is the co-host of “9X’s Chak De Bachche” and the captain of Metro Rockers.Roshni-Chopra

Talking about her marital status, She got happily married to Siddharth Anand Kumar in 2006. He is the director of the film, “Let’s Enjoy”.They are blessed with a son named Jaivir, born on November 5, 2012. She started her career from 2001 to present.

She is an average woman of 5 feet 5 inches tall and possesses a slim and sexy figure. She had gotten brown eyes with brown hair. She is very beautiful and attractive. She is active in using social networking services. She has many fans and followers. Her information can be found on Wikipedia and other sites. She is very beautiful and gorgeous. Her images can be found on the Internet.??