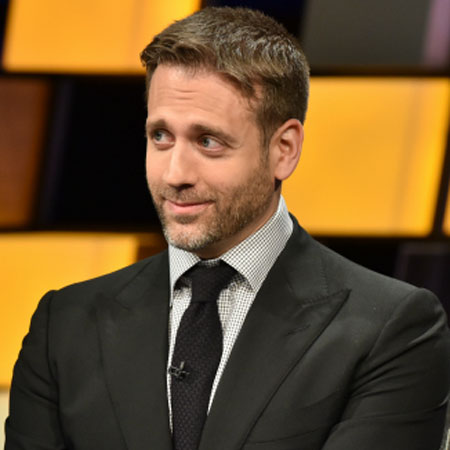 Skip Bayless is an American sports columnist, author, and television personality, well-known as a commentator on the ESPN2 show First Take along with Stephen A. Smith. He was inducted as one of the five members of the inaugural class of the Vanderbilt Student Media Hall of Fame.

Skip is a married guy. He tied his knot with his long-term girlfriend Ernestine Sclafani. His wife, Ernestine, worked as co-host in ESPN2’s First Take. The couple separated after few years of marital relationship.

Bayless was born as John Edward Bayless II on 4th December 1951 in Oklahoma City, USA. He was born to father John Sr. and mother Levita Bayless and grew up along with his siblings. His parents owned and operated the Hickory House restaurant in Oklahoma City.

Though he worked in the restaurant, he never considered it as a career path whereas his brother carried on the family traditional business and became a chef.

Skip graduated from Northwest Classen’s in 1970. During his junior and senior year in high school, he became the primary sports columnist for the school newspaper. He was awarded the Grant land Rice Scholarship upon graduation and enroll at the Vanderbilt University.

Skip completed his bachelor’s degree majoring in English and History. He used to be the sports editor of the university’s newspaper, The Hustler.

After completing graduation, Skip started working for The Miami Herald where he wrote sports features for two years and joined the Los Angeles Times. His investigative stories on the Los Angeles Dodgers’ clubhouse won him the Eclipse Award for Outstanding Newspaper Writing in 1977. He also worked as a lead sports column in The Dallas Morning News for three years.

Bayless was able to grab wide media attention from his investigation. Afterward, he joined The Dallas Times Herald and worked for several years. He was also voted as Texas sportswriter of the year by the National Sportscasters and Sportswriters Association thrice in 1979, 1984 and 1986.

Besides journalism, Bayless also hosted The Skip Bayless Show, appeared frequently on ESPN Radio show The Fabulous Sports Babe. He also featured in the 2006 movie Rocky Balbo and also appeared in the ESPN 30 for 30 movies Pony Express in 2010 as well as in several TV series.

Skip is also an author. He published God’s Coach: The Hymns, Hype, and Hypocrisy of Tom Landry’s, in 1990, The Boys: The Untold Story of the Dallas Cowboys’ Season on the Edge, in 1993, Hell-Bent: The Crazy Truth About the “Win or Else” Dallas Cowboys, in 1996.

Throughout his career, Skip earned wide recognition and several awards as well as honors. He was selected to the Oklahoma City Wall of Fame recognizes outstanding alumni of Oklahoma City public schools. He was also inducted as one of the five members of an inaugural class of the Vanderbilt Student Media Hall of Fame, in 2012.

Moving towards personal life, Skip is a married guy. He tied his knot with his long-term girlfriend Ernestine Sclafani. His wife, Ernestine, worked as co-host in ESPN2’s First Take along with Stephen A. Smith.

The couple met each other in the ESPN2 show First Take and had a dinner date together the same night. The duo fell in love with each other after their dinner date and sooner started dating each other.

After years of dating and keeping their affairs secret from media, the couple finally tied the knot in a private wedding ceremony. The couple hasn’t shared any wedding photographs in public.

He also had a marital relationship with his high school girl after completing graduation but after a few years of marriage, they separated. Beside all, he also had three long-term relationships but hasn’t shared their names.

Bayless also has other several sources of income. He featured in several movies, TV series, as well as hosted several shows through which he obtained a decent amount of money. Allocating information from several sources as of 2018, it is found out that his current estimated net worth is around $10 million.