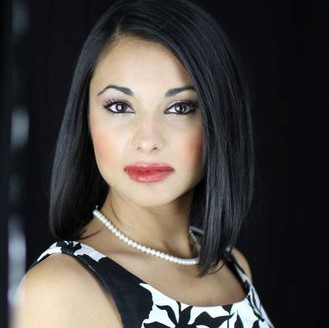 RTDNA award-winning journalist, Sonia Sunger is known as the weekday anchor for Global News BC 1. Sonia had a passion for breaking news and enjoyed covering developing stories on BC1, the province’s first 24-hour news channel.

Sonia Sunger was born and raised in Victoria, British Columbia, Canada. She has an elder sister, Simi. She grew up watching BCTV and realized that she wanted to be a journalist at a young age. Her first breaking news report came in grade 2 when she rushed to class and announced to her classmates some shocking details she had learned about Santa. It cost her some friends for a few days, but there was no way she could keep the news to herself.

One day-shadowed reporter at the Chek 6 channel in Victoria and saw fist hand what it was like to be a journalist. She also started to do a radio show during the lunch hour in Grade 11, organized and hosted a few events. 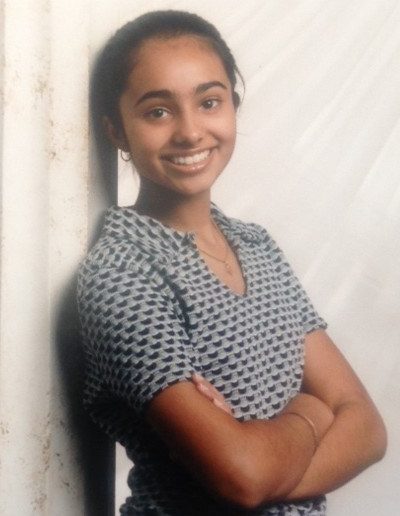 A throwback of young Sonia Sunger
Source: G-Day for Girls

Through a career investigation program at her school, she went to explore the broadcasting program at Southern Alberta Institute of Technology and graduated from the Radio and Television Arts program. At this point, she was also thinking of other possible careers like political science or law. She became discouraged because she was told broadcasting was too competitive.

After her first year of university, she made up her mind that she wanted to be a journalist. Soon after, Sunger moved to Montreal at the age of 19, after she got accepted into the journalism program at Concordia University.

Eventually, Sunger started writing for the University newspaper and also attempted to launch her own political affairs magazine. She was about halfway through her degree when she got in touch with the News Director at CTV Edmonton. Sunger knew someone who worked there, and they suggested she spend some time there during summer break. The summer holidays ended up launching her career. She organized a two-week day-shadowing gig there, and after those two weeks were up, she just kept coming back to the station.

Sunger started to get paid shifts where she was writing and researching stories for the 6 pm anchors. She decided that she would stay in Edmonton and continued her studies at the Northern Alberta Institute of Technology, where she graduated with honors from the Radio and Television Arts Program.

She joined CTV Edmonton in May 2006, initially as a casual writer, and within a few months, she was asked to file her first on-air report, after that she got invited to do a live on-air report, and it just progressed from there. She went on to be a web reporter, reporter, producer and at the age of 24. Sunger finally achieved her dream of becoming a news anchor for the late-night newscast.

After about six months, she was promoted to the 6 pm weekend anchor and weekday reporter. She stayed in that role around six years. Then, Sunger moved to the lower mainland to pursue a new opportunity with Global News and the 24-hour news channel they were launching. 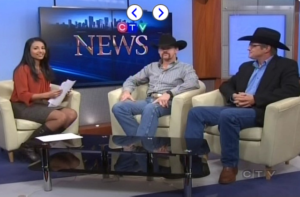 Sonia Sunger on the set of CTV Edmonton
Source: Blogspot

After getting in contact with Global BC, she was soon hired as the weekday anchor for the new channel, called BC1 in January 2013. She covers everything from breaking news stories to long-form live interviews. In 2011 Sunger was part of a team of producers and reporters who were honored with RTDNA awards for Best Newscast, Spot News and Continuing Coverage of the Slave Lake Wildfires. Sonia had a passion for breaking news and enjoyed covering developing stories on BC1, the province’s first 24-hour news channel. 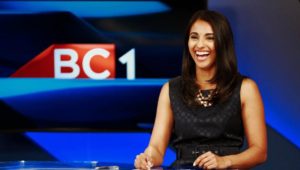 During her free time, Sonia enjoys cooking in her kitchen, working out and standing in front of her easel working on her latest oil painting. She loves what she does. By nature, Sonia is a very curious person, and she gets to ask questions for a living. She loves the fact that she gets to inform people through her work, and this is incredibly rewarding for her. She has to say interviewing is the highlight of her work, whether it is a highly charged political interview or one with a child who completed a fundraising goal; they both have value. She is a second-generation Canadian, and she is very proud of that, but at the same

Sunger is a second-generation Canadian, and she is very proud of that, but at the same time, she feels that in her role as a journalist her ethnicity shouldn’t matter. She forgets her ethnic background while she is working; it is her work that has her focus, not her. The only time she might think about it is when she see Sonia Beeksma. 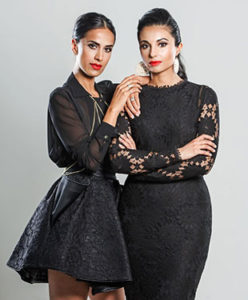 Sunger undoubtedly earns a handsome salary from her career. Most of her income source hails from her journalism career; however, information about her current net worth is not yet revealed. Nevertheless, she is considered to worth in millions. She is active on social networking sites.