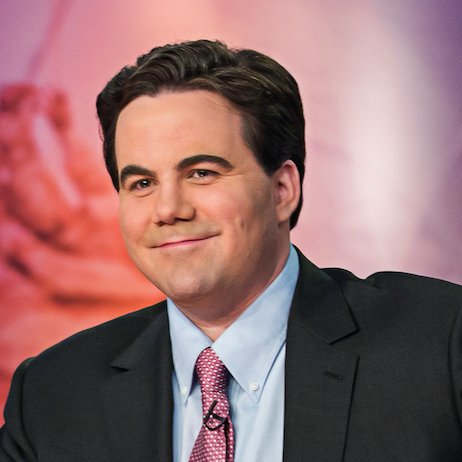 Robert Costa is an American journalist, known as the national political reporter for The Washington Post. He also serves as a regular political analyst for MSNBC and NBC News since 2015. Recently, Costa was named the moderator for Washington Week on PBS.

Costa’s personal life has always been a mystery to the press. Needless to say, he is an extreme work oriented person who has managed to keep his private life a low-key.

Robert Costa was born on 14th October 1985, in Richmond, Virginia, U.S. He is an Italian/Portugues descent. He grew up in Lower Makefield Township, Bucks County, Pennsylvania and attended Pennsbury High School and graduated in June 2004.

During his time at Pennsbury, Sports Illustrated writer Michael Bamberger profiled Costa in his book, “Wonderland: A Year in the Life of an American High School.” Costa, a junior class president, who coordinated the senior prom, was one of Bamberger’s favorite subjects.

Robert Costa, a strong leader, gained much recognition in his high school years after he managed to bring the incredible rock musicians such as Maroon 5, John Mayer, and Eve 6 to perform at the school event.

During his school days, he also reported for “The Bucks County Courier Times,” where he mostly interview musicians bands and review concerts in the Philadelphia area, making $50 per article. He also covered professional and local sports for the student television station, PHS-TV.

Straight out of high school, Costa had a shot to work for the House of Representative seat holder, Mike Fitzpatrick. He has done everything from driving Fitzpatrick around town, to writing a speech for Fitzpatrick’s campaign. He later recalled, saying:

“It was a thrill to be 18 years old and getting to talk strategies for a U.S. House campaign.”

Robert Costa attended the University of Norte Dame from 2004 to 2008. He graduated with a Bachelors of Arts degree in American Studies. Soon after, he joined University of Cambridge and received Master of Philosophy and politics in 2008.

Soon after graduation, Costa gave an intern at PBS’s Charlie Rose, in the House of Commons of the United Kingdom and ABC’s This Week with George Stephanopoulos. On campus, he hosted and produced an interview program for ND-TV called Office Hours. He has been named the member of the board of trustees at Notre Dame since 2014.

Costa started his full-time job as a reporter at National Review, an American semi-monthly magazine focusing on political, social, and cultural affairs. After two years of hard work, he was promoted to a higher position of Washington editor for National Review.

Costa, the reporter who was publicly praised for his coverage of the 2013 United States federal government shutdown, also contributed for CNBC, frequently appearing on “The Kudlow Report,” and for MSNBC during his time National Review.

The golden boy of the government shutdown left National Review and went on to join The Washington Post in November 2013. Costa officially joined the paper in January 2014. His responsibilities further expand after he was named a political analyst for both NBC and MSNBC on 10th December 2015.

Known for his extensive and reliable sourcing within national political circles, Costa guest-hosted the PBS’s Charlie Rose in March 2017.

Unlike his successful career and achievements being profiled, Costa’s personal life has always been a mystery to the press. Needless to say, he is an extreme work oriented person who has managed to keep his private life a low-key. Costa has not made any progress in dating or having a girlfriend nor an affair.

However, some wiki sites state that he is already a married man and has a wife and children back home. No further information has been given forth. Recently, he was spotted attending a gay relative’s wedding, yet Costa’s sexual orientation is straight.

According to his public profiles, there is no record of his past relationship nor dating. Robert Costa is one of those journalists who prefer keeps his mouth shut regarding his personal stuff.

Robert earns a good sum of money in his career. The journalist is at the highest peak of his career and considering his incredible career; he might have million dollars of net worth. He has worked in several TV stations through which he receives a decent amount of money as salary.

Many sources, termed him as one of the highest paid reporters of all time. Allocating information from several sources it is found out that his current net worth as of 2018 is estimated to be around $6 million.