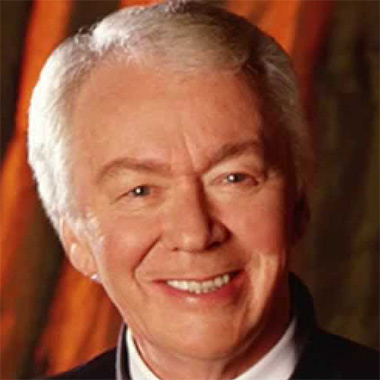 Stu Phillips is a Canada-born American composer of television series theme music, record producer, and conductor. He is mainly known for composing the themes to the 1980’s television series Battlestar and Knight Rider.

Stu Phillips was born on September 9, 1933, in Montreal, Quebec, Canada. He attended The High School of Music & Art in New York City, New York and studied music there. He also studied at the Eastman School of Music located in Rochester, New York. While he was studying at Eastman, he started arranging music for the Rochester Civic Orchestra.

He began composing film and television scores in 1958. He made his first debut for Columbia’s 1964 movie Ride the Wild Surf. He is also the founder of Colpix Records. He has produced hits for Shelley Fabares, Nina Simone, and The Skyliners. He has also produced “Johnny Angel” for Shelly Fabares. Shelly played the teenage daughter on The Donna Reed Show. On March 17, 1962, Joel Whitburn’s ‘Billboard Book of Top 40 Hits’ “Johnny Angel” was released. From April 7-20 1962 it became No. 1 hit staying on the charts for 13 weeks. There was also a follow-up hit “Johnny Loves Me” which ranked at No. 21 in July of ’62.

He also worked for capitol Records in the mid-1960’s. He there created, arranged and produced for the Hollyridge Strings. He continued to work for films and television series in the late 60s and 70s. It includes music for the films The Seven Minutes and Beyond the Valley of the Dolls and the television series get Christie Love! and The Monkees.

In the 1990s he went into semi-retirement. He appeared at fan conventions for Battlestar Galactica. He also attended cult-film screenings for Beyond the Valley of the Dolls. He published his autobiography titled as “Stu Who?: Forty Years of Navigating the Minefields of the Music Business” in 2002. He also participated in a documentary film “Beyond the Valley of the Dolls” in 2006. He has discussed the history of The Hollyridge String’s Christmas album on FaLaLaLaLa.com which was released in 2008.

He won the nomination of 1964 Best Instrumental Performance- NonJazz. He was also nominated for 1979 Best Album of Original Score Written for a Motion Picture. In 2005 he won Best Ringtone, Knight Rider.