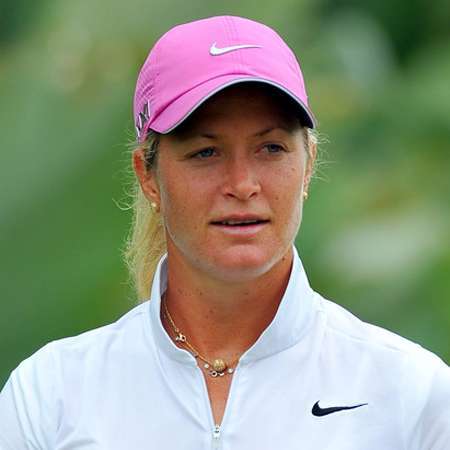 Suzann Pettersen is one of the prominent professional golfers who is currently playing for the LPGA tour. She is better known for winning 2007 LPGA Championship and 2013 the Evian Championship. Similarly, she is a five-time Norwegian Amateur Champion.

Suzann is a married woman. She got married to handsome boyfriend named, Christian Ringvold, in Olso, Norway.

Suzann was born on 7th April 1981, in Oslo, Norway, to Axel Pettersen, father, and Mona Pettersen, mother. Likewise, she is a sister of two brothers named Stefen and Gunerius Pettersen. Reviewing her nationality, Suzann is Norwegian, and she belongs to white ethnicity.

Diligent Suzann began playing golf since her young age. As a semi-professional player, she won the five-time Norwegian Amateur Champion from 1996 to 2000.

Correspondingly, she also won the British Girls Championship in 1999 and represented her country Norway in the World Amateur Team Championship for Women.

Suzann Pettersen made her professional golf debut while she was at the age of 19. With her hard work, later she gained Ladies European Tour Card by finishing 11th place at 2001 LET Qualifying School.

Firstly, she played for ten events without missing a cut, and during her second career, she won the Open de Frances Dames, women’s golf tournament. During that time, Suzann also earned a name of LET Rookie of the Year.

So far, Suzann has played several games till date. As of now, she has won 22 professional games including 15 LPGA Tour Wins, and 7 Ladies European Tour Wins. Some of her titles that she has achieved are listed below.

Currently, she is one of the members of the Ladies European Tour and is playing for U.S based LPGA Tour.

Beautiful and talented Suzann is a married woman. She got married to handsome boyfriend named, Christian Ringvold, in Olso, Norway. The couple both grew up together since their childhood.

They have a very old relationship. The boyfriend and girlfriend marriage was known after Suzann posted their wedding photos on her Instagram account kissing each other.

As of now, the husband and wife are spending quality time together. Similarly, they both have a strong bond as they give equal time to their relationship as well as to their career. Till date, there has not been any serious conflict between the couple which would lead to their separation.

Suzann and her husband are blessed with two beautiful children. The couple spends their free time with their children and family. Recently, Suzann uploaded a picture on her Instagram account of her family tour in Spain.