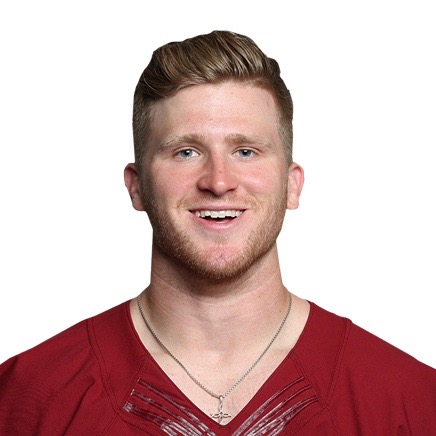 Dustin Hopkins is a professional football player who plays for the Ameican football team, Washington Redskins of the National Football League (NFL). He plays the position of placekicker wearing a jersey number of 3 for the Redskins. Earlier, he played for the Buffalo Bills.

Dustin Hopkins was born on October 1, 1990, in Austin, Texas, the United States. He is a son of Jim Hopkins, father, and Karen Hopkins, mother. Regarding his nationality, Dustin is American, and he belongs to white ethnicity.

Dustin completed his elementary education from the Houston Clear Lake High School and then joined Florida State University. At Florida, he played for its team called Seminoles. During that time, he led his team to win against the football club, Clemson scoring the 55-yard field goal. That was a great ACC victory for Seminoles.

With his dedication and hard work, later he set the division I FBS record on November 18, 2012, scoring 442 points with a 26-yard field goal. However, his record was broken on October 8, 2016, by kicker Zane Gonzalez.

Dustin began his professional football career joining the team Buffalo Bills after he got selected in the sixth round of the 2013 NFL Draft. He served for the Buffalo for a year and then joined New Orleans Saints. Nevertheless, he was released after losing the competition to the professional football placekicker, Zach Hocker. 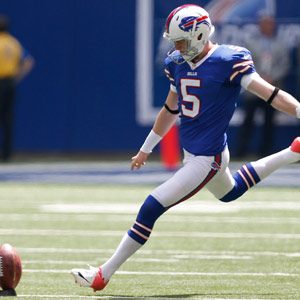 Correspondingly, Dustin then joined team Washington Redskins on September 14, 2015. Since then, he has been serving for it. 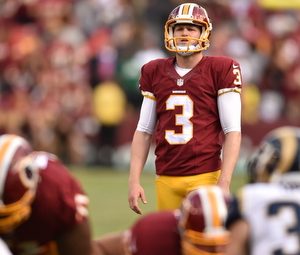 A height of 6 feet 2 inch, Dustin Hopkins during a game of Washinton Redskins.

The handsome and talented, Dustin married to his beautiful girlfriend, Gabrielle Hopkins who is a former cheerleader at FSU. They started dating each other since the year of 2009. Likewise, Dustin proposed Gabrielle in November 2013.

Currently, the couple seems to be living a happy life together as they often share their photos on their social networking account hanging out together. Moreover, the couple gives equal time to their career as well as to their love life. Till the date, the duo has not bruited to any other love affairs. Neither there have been any serious conflicts which would lead to their divorce.

Dustin Makes a tremendous amount of money from his football career. As of 2017, he has a salary of $690,00o and has signed a three-year contract with worth,  $1,800,000 which has boosted his net worth. Over all, his net worth runs in million dollars.