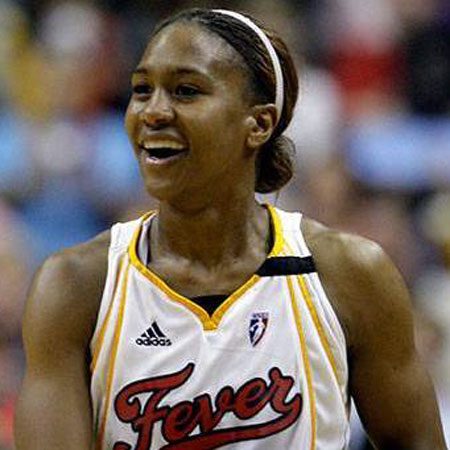 Tamika Catchings married to her long-term boyfriend Parnell Smith, a former basketball player at the University of Buffalo.

Catching was born as Tamika Devonne Catchings Smith on 21st July 1979 in Stratford, New Jersey. She was born to a father, Harvey Catchings, and mother, Wanda Catchings, and grew up along with her siblings Kenyon, Bryce, Tauja, and Chrystie.

She was born deaf and wore a hearing aid at her younger age. Her father player 11 years in the NBA and worked as the Director of NBA Player Programs in the league office.

Tamila attended the Adlai E. Stevenson high school, in Duncanville, Texas and pursued her bachelor’s degree in sports management with a minor in business administration and master’s in sports studies from the University of Tennessee.

Tamika played basketball since her high school and earned the Naismith College Player of the Year award as well as other several awards. During college, she became the faster player to score 2000 career points in the WNBA.

During her career, Tamika was selected to ten WNBA All-Star teams, 12 All-WNBA teams, led the league in steals eight times and 12 All-Defensive teams. She was voted as one of the WNBA’s Top 15 Players of All Times by her fans and is one among the 9 women to win an Olympic Gold Medal.

Additionally, Tamika was honored with the Reynolds Society Achievement Award for the world-famous Massachusetts Eye and Ear Infirmary and awarded the Dawn Staley Community Leadership Award.

Tamika Catchings married to her long-term boyfriend Parnell Smith, a former basketball player at the University of Buffalo. The couple had distance relationship but their love towards each other never grow old. Tamika and Parnell first met in July 2014 and started dating each other.

After having romantic dinner together, Smith purposed her in the hotel and no longer they tied their knot. Their wedding took place at the Skyline Club in February 2016. Tamika and Parnell are living happily together and hasn’t welcomed any children until now.