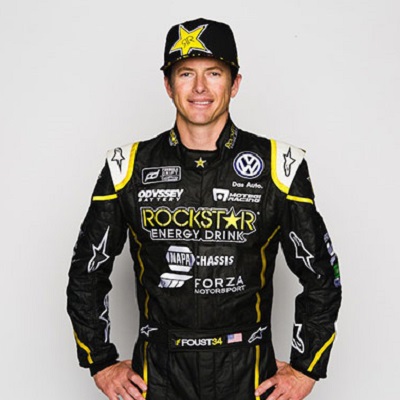 Tanner Foust is a professional racing driver, stunt driver as well as a television host. He competes in the rally, drift, ice racing, time attack as well as in the rallycross. Moreover, he also works as a co-host on Top Gear which is an American version of the motoring.

Tanner Foust was born on June 13, 1973, in Los Angeles, California, United States. He was born to Dave Foust and Jane Foust.

He spent his several years as a child in the Scotland. While staying in Scotland, he got the knowledge about the rally racing. So he learned driving near his house on the country road. Foust completed his early education from a local school in Scotland. However, he completed his graduation from the University of Colorado in the United States.

During his college days, Foust used to spend his summer at the track, doing the mechanical works and driver coaching jobs. However, after his college, he started working as an ice driving coach as well as an instructor at the automotive marketing agency. Well, in 2003, he started his professional career as a racer.

Within a short period of time, he became one of the busiest stunt drivers in the United States. In just ten years, he got an opportunity to compete against famous stunt drivers like Rod Millen, Colin McRae, Michael Schumacher and many other. He became the co-host of the Top Gear on NBA. It is the original American version of the motoring television series.

Besides this, he also hosted other shows like  SPEED Channel’s Super Cars Exposed, Redline TV. Moreover, he also hosted the ESPN’s Import Tuners. Furthermore, he also worked for the History Channel series, Top Gear. On the other half, he has worked as a stunt driver in many movies. Some of the famous movies in which he has done the stunt are  The Fast and the Furious Tokyo Drift, Iron Man 2, Need For Speed etc.

Foust has participated in many tournaments and has achieved success in most of the tournaments. He won the Formula Drift in 2007 as well as in 2008 and is the first man to win the competition regularly. Moreover, in the history of X Games, he has received 9 medals. He has also won many gold medals in different tournaments like  X Games XIII,  X Games XV, Rally America and much more. Until 2014, he participated in any tournaments and was able to receive gold medals each year. He is also the first driver from out of the Europe to win the 2014 World RX of Finland.

He has also won many gold medals in different tournaments like  X Games XIII,  X Games XV, Rally America and much more. Until 2014, he participated in any tournaments and was able to receive gold medals each year. He is also the first driver from out of the Europe to win the 2014 World RX of Finland.

Katie is a TV presenter as well as a host for  RTM’s show Power Nation. Moreover, she is also a former swimmer. Besides this, Foust also has a daughter but her name hasn’t been disclosed. 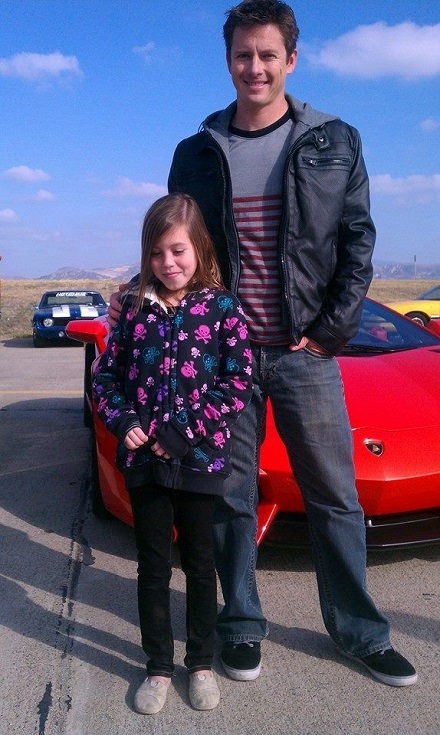 Moreover, her mother is also still not known. Foust hasn’t said anything related to this topic. This couple is happily enjoying their love life as well as married life. They are is often seen together in the public. Furthermore, if we visit their social media account then, we can often see them posting photos together. He is from an American nationality and falls under white ethnic group.

Multitalented Tanner Foust with a great personality must have a good net worth. According to the recent data, his estimated net worth is $1.2 million.