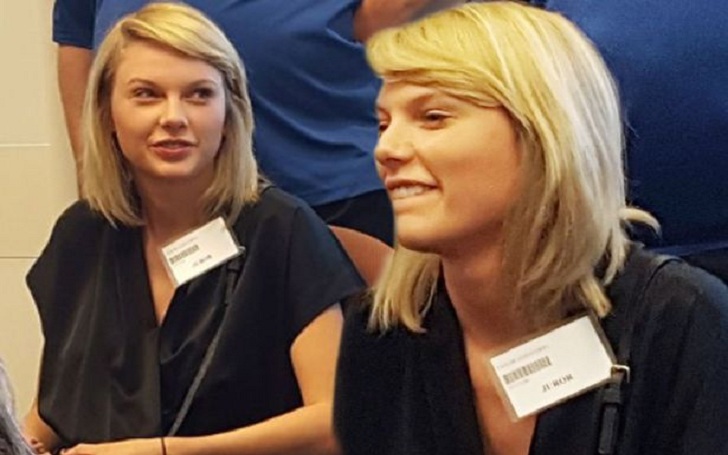 Former KYGO radio DJ David Mueller filed a legal against Taylor Swift after she accused him of grabbing her.

Taylor Swift just showed up to jury duty like a normal human being https://t.co/RJIPzlWEPU pic.twitter.com/Bst4zG63D7

The jury selection began in a Denver courtroom on August 7 where her lawyers picked jurors and introduced them to the pop star.

Dressed in a black jacket, Taylor Swift watched the federal proceedings in the courthouse where Mueller read the documents turning his back towards the singer. Eight juries were chosen from 60 possible jurors and were asked several questions including if they are favoring any party.

One of them was dismissed for making comments on Swift as he said her ‘ petty and spiteful’. The hearing is to begin on Tuesday.

During the photo shoot at a 2013 meet-and-greet at Pepsi Center, Taylor Swift accused Mueller of lifting her skirt and grabbing her bare bottom, however, he denied the accusation. As a result, Mueller was kicked out of the job.

He sued Taylor Swift, her mother Andrea and her radio promotions director, Frank Bell in 2015 and Swift has counter sued him for improperly touching her.