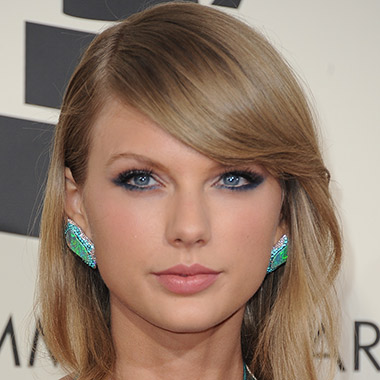 Taylor swift was born on December 13, 1989, as Taylor Alison Swift in Wyomissing, Pennsylvania. At the age of 14, she moved to Nashville, Tennessee to advance her career in country music and signed with Big Machine Records and was the youngest songwriter ever hired by Sony/ATV Music publishing house. Her first self-titled album helped her to establish herself as a country singer and her third single “Our Song” which was written and performed solely by her become number one song on the Hot country song charts. In 2008, she was nominated for Best New Artist at Grammy Awards.

Her second album “Fearless” was released in 2008 and become the best-selling album of 2009 which includes her most successful singles like “Love Story” and “You Belong with Me”. It was her huge success with four Grammy Award making her the youngest Album of the Year winner. By this time Swift has already been the most successful lady performer in the world. She also has a record of selling more than one million copies of her three consecutive album on the first opening week. Her songs “Mean” “We Are Never Ever Getting Back Together” and “I Knew You Were a Trouble” were super hit songs from her third and fourth album. Her latest hits are “Shake It Off” “Bad Blood” and “Blank Space” which all make on top on the Billboard Top 100.

Swift has also been honored by Songwriters Hall of Fame and Nashville Songwriters Association. She has bagged 11 Country Music Association Award, 8 Academy of Country Music Award, 22 Billboard Music Award, 7 Grammy’s and single Brit Award. She shows her acting talent in films “The Giver” and “Valentine’s Day” in supporting roles. She became the youngest women to be on the100 most powerful women’s list of Forbes. She was ranked no.64. She is also on the list of best-selling artist of all the time.

She has accumulated a lot of wealth from the music industry. According to Forbes in 2015 her net worth is $200 million. She gifted a four bedroom Mansion for her parents in Belle Meade, Tennessee.

In 2015 Calvin Harris and Taylor Swift were ranked as highest paid celebrity couple. As of 2016, Taylor is currently in a relationship with Tom Hiddleston, since the month of June.

Swift is also dedicated to helping others who are in need. She was awarded The Big Help Award by First Lady Michelle Obama because of her dedication to helping other. Being the big fan of education of arts she has raised millions of funds to build an education center and lots of donation. She also supports to increase the literacy rate of children and has already donated about $250,000 to various educational institutions around the world. Not only that she also donated 14,000 books to Nashville public library.

She had also helped in various natural disasters funding organizations like Red Cross. In the Iowa flood of 2008, she donated $100,000 to Red Cross’s fund.