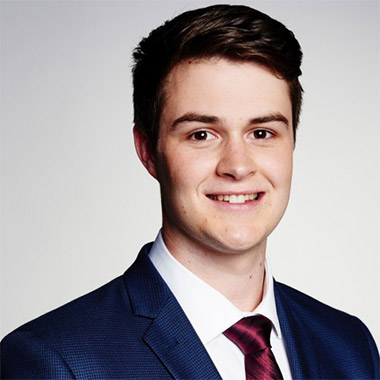 Sean Hogan is a Canadian country music singer and songwriter.

In 1996, he released his self-titled debut album “Sean Hogan”. His first album caught the attention of many listeners across Canada and many country radio programmers. The album has stylistic sound and some industry observers has described his album as a dangerous combination of “alt-country authenticity” and “modern rustic pop appeal”. In 1997, he won first CCMA Independent Male Artist of The Year Award. After his award, he became one of the highest profiled Canadian singer and songwriter artists. He started performing his own brand of Country and Roots music in Canada. His amazing SEVENTEEN videos aired on CMT Canada.

According to him, he is motivated with songs “A Cowboy’s Heart”, “Sure Fire Love”, “Silver Lining Girl”, “I’d Rather Have You”, “Angelina”, “Dream Vacation”, “Catalina Sunrise”, “Tired of Leavin’” and “Centered”. In June 1999, he released his second album “Hijacked” along with his third Canadian CD Late Last Night Both won West Coast Music Award for Best Country Album in 2001 and 2002. He was awarded CCMA’s Root Artist of the Year Award in 2003 and became the first Independent artist to win the prestigious award. In 2002, he self-released his U.S. American album. The album was successful in reaching at Top 30 and peaked at No. 24 on the AMA American Chart in January. He also went on self-organized debut tour in Australia.

He then planned and launched the Canadian Country Christmas Concert tour which he calls as “My Baby”. In association with Country radio, the event collected funds for food banks, hospital foundations and other essentials for those in need. The first 2004 tour was so well-received that it became an annual event. The event was successful in raising over $40000 for non-sponsored charities throughout Canada. For his humanity, he earned himself the SCMA’s 2005 Humanitarian Award.

In 2005, he toured 8 states in Canada. He shot his 17th music video “A Cowboy’s Heart” in the Arizona desert. In April 2005, he released his album “Catalina Sunrise” with Raving Rooster. He performed live at Nashville’s Bluebird Café to promote his album “Catalina Sunrise”. He was partnered by his full band as part of the Western Beat program of Billy Block’s live-for-concert radio program in Nashville.  In the same year, he won 3 awards and nomination for 3 awards. The award includes the Saskatchewan Country Music Award for Male Artist of the Year and Video of the Year. The title track of the album “Catalina Sunrise” won Independent Song of the Year and Best Independent Male Artist Award nomination. The album won 2nd place position in the January review of The Best Albums of 2005. Another track from the album “Conspiracy Radio” started gaining listeners in the U.S. on the radio show Coast-to-Coast Arm.