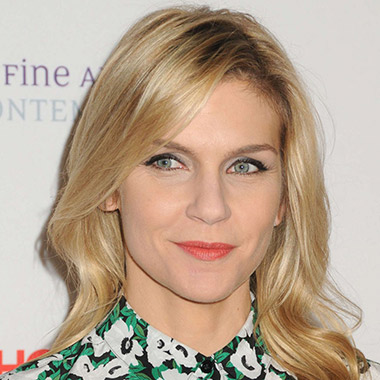 Rhea Seehorn is a beautiful and gorgeous American comedian actress. She is famous for her role as Kim Wexler in the Better Call Saul and for Cheri Young on the ABC sitcom I’m with Her. She can be noticed for her role Roxanne on the TV series Whitney.

She was born on May 12, 1972, in Washington, D.C. and grew up in Virginia but has lived in a variety of places from Arizona to Japan. Currently, she is leaving in Log Angeles, California, United States.She is an American citizen. She studied drawing and painting from her young age, following in the track of her grandmother and father. She also wanted to become an actor. She was lucky to introduce to the contemporary theatre in college, and there she learned to act.

She pursued acting at the advice of her late father, who told her to follow her dreams. Her father’s words served as an inspiration for her, who then took up acting classes and landed roles in film and on Broadway. She graduated with the degree in drama and visual arts. She further developed her skill in Washington, D.C., performing many stage shows including Arena Stage. She is also the member of the acting company,”Woolly Mammoth Theater Company”. She then moved to Manhattan and Playwrights Horizons. She made her Broadway debut in Neil Simon’s 45 seconds.

From 1998 to 2001, she appeared in minor roles in some movies like Eat Me! A Case Against Karen, Why Spain? And Riders. Her film credits include roles in the independent shorts like The Pitch (1999), The Gentleman (2000). After that, she was cast regular on the comedy series in 2003. She also played the titular character in the feature film Eva Adama. Since relocating to Los Angeles, She has enjoyed some series regular and guest star roles including The Closer, The Starter Wife, Trust Me, Head Cases, Burn Notice, Dollhouse and the most memorable arc on Franklin & Bash. She’s also appeared alongside in Disney, The Shaggy Dog.

On television, She appeared on Homicide: Life on the Street (1993) and in ABC telefilm Romy and Michele: In the Beginning (2005). Her theater credits include the Broadway production of ”All My Sons”,“The World Over”,”How I Learned to Drive”,”Freedom-land”,”Stop Kiss”,”Marat/Sade” and “45 Seconds from Broadway”.

She is an average tall woman having a height of 5 feet 7 inches. She has blue eyes with the light blonde hair. Despite her popularity, her personal life has been kept very secret. Almost, there is no news about her married life or getting divorced. The identity of her children and husband have not been disclosed in the media yet. Currently, she isn’t involved in any affair with anyone. As f 2016, her net worth is estimated at $3 Million (approx.). She is quite popular in social networking sites and has many fans and followers all around the world on Twitter. She frequently posts on Instagram to be in touch with her supporters and admirers.