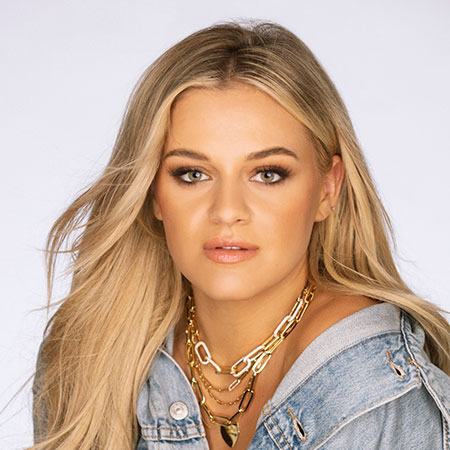 Kelsea Ballerini is an American country music singer and songwriter. She is mainly known for her single “Love Me Like You Mean It” which reached Top 30 on the U.S. Country Chart.

Kelsea was born on September 12, 1993, in Mascot, Tennessee, United States. Her birth name is Kelsea Nicole Ballerini. When she was 3 years old, she started taking dancing lessons but after she became 10 she left the classes. While she was in her school she used to sing choirs. When she was 12 years old, she wrote her first song for her mother. In 2008, she moved to Nashville, Tennessee with her mother. She studied at the Lipscomb University and studied there for two years and later took a musical career.

She got her first contract signed with Black River Entertainment. She was signed by Black River Publishing VP Celia Froehlig in a publishing deal in 2013. The Black River Entertainment CEO Gordon Kerr offered her a recording deal in the form of a wrapped present. She was only 19 years old then. She released her first debut single “Love Me Like You Mean It” in late 2014. Her single became successful to debut on Country Airplay in October 2014. Her hit single gives the taste of the country-pop sound to her listeners. She spent a decade in creating inspiring music which mostly based on her life, to motivate others to live without fear. In November of the same year, she released her self-titled extended play for the label.

On May 19, 2015, she released her full-length debut album “The First Time”. The album describes all facets of the human experience. She was helped to go through her parents’ divorce by turning into a songwriter. She discovered Keith Urban’s “Stupid Boy” and the lyrics and the story caught her attention. The song made her feel that she found a creative home in country music and because of which she uncovered strength and inspiration from famous artists such as Taylor Swift, the Dixie Chicks, Shania Twain and Rascal Flatts. Her ambition, genuinely positive personality, natural talent and knowledge of music made her star on music field.

She was featured as “ones to watch” list of 2015 in Rolling Stone Country, Spotify, Billboard, The Huffington Post and Country Weekly.

She is active on social networking accounts which help her to connect with her fans and listeners.