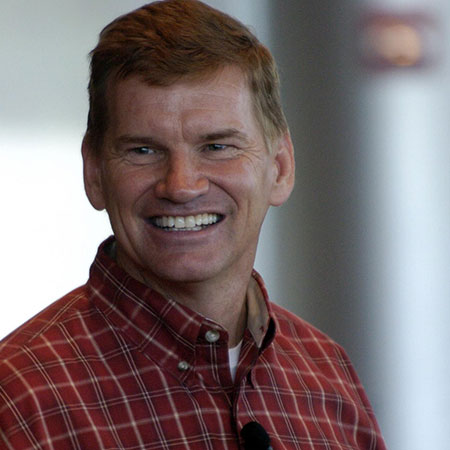 Ted Arthur Haggard, often known as Pastor Ted, represents himself as an American evangelical pastor. Haggard was also known as the founder and was pastor of the New Life Church in Colorado Springs. He was born on June 27, 1956.

Ted Haggard has led the National Association of Evangelicals(NAE) from 2003 to November 2006. Pastor Ted has been brought into controversy with his act. In November 2006, he was accused of being involved in paid sex with male prostitute and masseur Mike Jones which he denied and also accused of using crystal methamphetamine which he accepted, claiming he did not use the drug. After facing criticizes he resigned from all of his positions. Grant Hass also said that Haggard allegedly masturbated in front of him in a hotel room in 2006.

After the incident, he was kept in intensive counseling and overseen by four ministers. Among them, one minister revealed that he is completely heterosexual. In 2010, Haggard made his announcement to start a new church in Colorado and stated in an interview that his homosexual feeling has been completely stunned away. However, in another interview, he stated that if he was 21 in the society he would identify himself as a bisexual.

Ted Haggard was born and raised in Indiana. His father J.M. Haggard was a Veterinarian and was a founder of charismatic ministry. Haggard revealed through the internet that he was sexually abused when he was seven years old. In 1972, after inspired by the speech of evangelist Bill Bright in Dallas, Texas he identified himself as a born-again Christian.  During his high school days, he worked as co-editor for high school magazine where he talked about how to deal with sexually transmitted diseases. He graduated with telecommunications major and minor in journalism. Haggard attended Oral Roberts University in Tulsa, Oklahoma and graduated in 1978.

Ted Haggard found a church in Colorado and ministered people through the random act of kindness. But due to the scandal, he was forced to resign from his position in Church after he was accused of involving in paid sex. In 2007, he moved to Phoneix and started restoration process attending Phoneix First Assembly of God. Haggard made an agreement with New Life Church, which would pay him through 2007. He was paid $138000 excluding benefits.

Ted Haggard has also made several televisions and movie appearance. He appeared on Dateline NBC and ABC’s 20/20 and also made his appearance in the documentary Jesus Camp. Most recently he was seen on the reality television show Celebrity Wife Swap.

Covering his personal life, he married Gayle Alcorn in 1978 and has five children. His first children Christy was born in 1983 and other children are Marcus(1983), Jonathan(1987), Alex(1990) and Eliiott(1993). Haggard has a net worth of $200 thousand. To get more update about his recent activities he can follow on facebook and twitter.