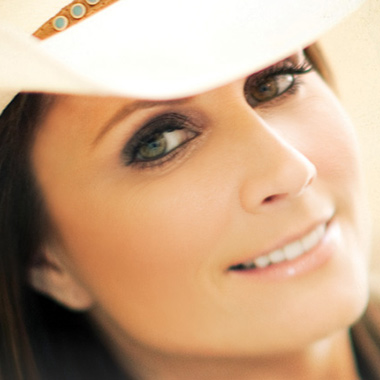 Terri Clark is a Canadian country music artist. She has a successful musical career in both Canada and the United States. In 1995 she signed to Mercury Records and released her self-titled debut album the same year. Her both Just the Same and How I Feel are certified in both countries.

Terri was born on August 5, 1968, in Montreal, Quebec, Canada. Her birth name is Terri Lynn Sauson. She was raised in Medicine Hat, Alberta. Her grandparents are Ray and Betty Gauthier. They both were famous Canadian country musicians. Her mother name is Linda. When she was young, her parents got divorced. Her mother remarried. Terri took the last name from the man her mother got married. She attended Crescent Heights High School and graduated from there in 1987. In 1994 she was signed by PolyGram/Mercury Records in Nashville to record a deal.

She issued her first single “Better Things to Do” in 1995. Her single became successful to reach the top five in Canada and the United States. She then released her debut album Terri Clark. She featured her singles “When Boy Meets Girl”, “If I Were You” and “Suddenly Single” in her self-titled album Terri Clark. In June 1996 her single “If I Were You” reached number 1 in Canada. On April 5, 1996, her album was certified by the RIAA in the U.S. She released her second album Just the Same in 1996. His first single from the album is “Poor Poor Pitiful Me”. Her second single is “Emotional Girl” which reached number one in Canada. She was awarded Single of the Year and Album of the Year by the Canadian Country Music Association in late 1996. She also won the Fans’ Choice Award and Female Artist Award. She appeared in her first television special Terri Clark: Coming Home. It was premiered on CBC on March 27.

Terri Clark, who currently lives in Nashville, Tennessee, has a net worth of $10 million dollars (2016).