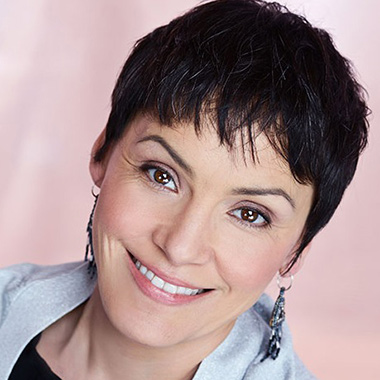 Susan Aglukark is an Inuk musician. She is a major recording star in Canada because of a blend of Inuit folk music traditions with pop songwriting and country. In 1995 her single “O Siem” reached No.1 on the Canadian country as well as adult contemporary charts. She has been awarded Juno Awards for three times.

Susan was born on January 27, 1967, in Churchill, Manitoba, Canada. She was raised in Arviat, Northwest Territories. She graduated from his high school and then started working with the department of Indian & Northern Affairs in Ottawa, Ontario as a linguist. She then returned to the Northwest Territories and started working with the Inuit Tapirisat of Canada as an executive assistant.

She began to perform as a singer while working with the Inuit Tapirisat. She quickly became famous in Inuit communities. She was successful in attracting the Canadian Broadcasting Corporation. She released her first independent album Arctic Rose in 1992. She then sang to a major record label releasing an album of Christmas music that year. She also worked for several non-profit groups working with aboriginal and Inuit youth as a spokesperson. She says that she is proud to be a role model for aboriginal people in Canada. According to her, she is an artist with a universal message of self-respect and strength for people.

In 1995 she released her third album This Child. Her third album became her breakthrough album. Her single “O Siem” for that album became successful to reach number one on the Canadian adult contemporary and country chart. She became the first Inuk performer to have a Top 40 hit. Her other singles like “Hina Na Ho” and “Breaking Down” also became a hit. Her album sold 300000 copies in Canada and eventually became certified triple platinum.

She released Unsung Heroes in 2000 which originated another pop hit with ‘One Turn Deserve Another”. Her album also includes “Turn of the Century”. She released Big Feeling in 2004. Her song “Kathy” is about her niece who committed suicide. She also has sung the song about the trauma of sexual abuse, “Still Running”. She recorded “Amazing Grace” in Inuktitut. On 5 November 2013 she released her album “Dreaming of Home”. She currently lives in Oakville, Ontario.

Susan Aglukark, who’s trademark is her short hair is a happily married woman but the information about her husband is unknown. There was news about her giving birth to a baby boy.