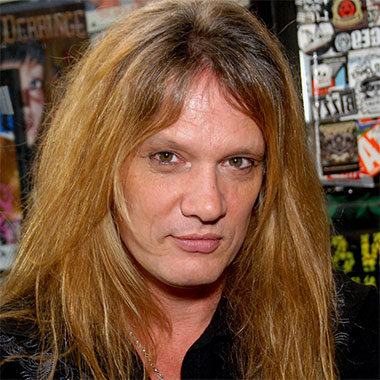 The members of Kid Wikkid were placed in Peterborough. When he was 14 years old, he auditioned to enter the group. Jason Delorme, the guitar player, and bandleader hired him. Kid Wikkid moved to Toronto and Bach also moved in with an aunt.

In the mid-1980, Skid Row was formed with lead singer Matt Fallon. They played at various New Jersey clubs. In 1987, Fallon left the band. In early 1987 Bach was asked to join the band as he was spotted singing at rock photographer Mark Weiss’s wedding. He was only 18 years old then. In 1991 he was disparaged for performing wearing a T-shirt with print “AIDS Kills Fags Dead” on it. Later he said that it was thrown to him by his fan and he wore it without reading it. In 1996 he was fired when he booked a show where Skid Row would have opened for KISS. He was told that Skid Row is too big for performing as an opening act and were not going to do the show by the other members. Bach then left the band Skid Row.

He then formed a band called The Last Hard Men in 1996. The band consists The Breeders lead guitarist, Frogs guitarist Jimmy Flemion and Smashing pumpkins drummer jimmy Chamberlin. The band recorded their self-titled album for Atlantic Records but it was not released. Later it was released in 1998 on Nice Records with a limited pressing of 1000 CDs. He then released his solo album “Bring ‘Em Bach Alive!” in 1999. The album included five new original solo tracks. He performed in Broadway productions in 2000.

In April 200 he made his debut with the title role in Jekyll & Hyde. He also appeared at New York Steel on November 28, 2001. He also hosted VH1’s Forever Wild in early 2002. In the same year, he signed with the production of Jesus Christ Superstar alongside JCS veteran Carl Anderson. In June 2004 A DVD video of live performances called Forever Wild was released. He had a recurring role on the television show Gilmore Girls as “Gil” from 2003 to 2007. In April 2005 the Frameshift album “An Absence of Empathy” was released.

He starred on the show Supergroup in May 2006 with Evan Seinfeld, Scott Ian, Ted Nugent and Jason Bonham. For the reality show, they formed a band “Damnocracy”. He also announced a partnership record label with EMI to create a label owned by Bach. On November 20, 2007, he released his album Angel Down on his own label. He joined the reality show Gone Country second season and eventually won the show.

In the March/April issue of Revolver, British metalcore band Asking Alexandria interviewed him in 2011. At the Revolver Golden Gods Awards and Rock on the Ranger, he performed Youth Gone Wild with the band live. He also did voice job of Prince Triton in the SpongeBob SquarePants episode. He revealed his upcoming solo album “Kicking & Screaming” on June 15, 2011.

In mid 1980, he dated Maria Aquinar. The couple together has a son named Paris. In July 1992 they got married and had another son named London. In September 2010 the couple got divorced. He then began dating model Minnie Gupta. In April 2012 they got engaged. He got engaged to Suzanne on December 28, 2014.

As of 2016, Sebastian Bach’s net worth is estimated to be $10 million dollars.