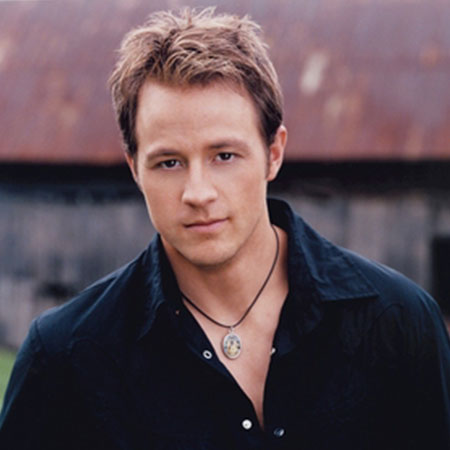 Aaron Lines is a Canadian country musician. He has charted three singles on the Hot Country Songs chart in the United States. He also has recorded for On Ramp Records, RCA, and BNA.

In 2001 he released his debut album “Love Changes Everything” in Canada. His album was released by independent record label Combustion Music. His first two singles from the debut album “I Can Read Your Heart” and “Love Changes Everything” was successfully hit on Canadian country radio. At the 2002 Juno Awards, he won the nomination for Best New Country Artist/Group Award. He also won the nomination for the Best New Artist at the 2002 Canadian Country Music Association Awards. (CCMA).

As his career was taking off in Canada because of his successful hit of the debut album. In May 2001 he performed for RCA Records. The next day, Lines was offered a recording deal by the label. He then immediately began to work on his second album. On January 7,  2003, he released his second album ‘living Out Loud”. The album was successful in reaching at No. 9 on Billboard’s top Country Albums Chart. His first single from the second album “You Can’t Hide Beautiful” reached No. 4 on Billboard’s Hot Country songs chart. The album was a success in Canada. He received six nominations at the 2003 CCMA Awards. He was also nominated for the Kraft Cheez Whiz Fan’s Choice Award. He was named the Male Artist of the Year. He was also picked up the Rising Star Award. He was an opening act for Martina McBride’s Greatest Hits tour in 2003.

His third album “Waitin’ on the Wonderful” was released on September 6, 2005. The title track of the third album reached No. 37 on US Country. The album was not released in the United States. His first three single from the album successfully reached on the list of Canadian Country Singles chart in Canada. In 2005 he became the most played country artist on Canadian radio. His songs, “Waitin’ on the Wonderful” in 2005 and “Lights of My Hometown” in 2006 became the most played song on Canadian country radio for two years. He won the nomination for the Kraft Cheez Whiz Fans’ Choice Award at the 2006 CCMA Awards.

In 2006 he moved back from Nashville to Canada. On June 12, 2007, he released his fourth album “Moments That Matter”. The album was distributed by Fontana Distribution. His first single from the album “Cheaper to Keep Her” became his first No. 1 to reach the top spot in 11 short weeks.