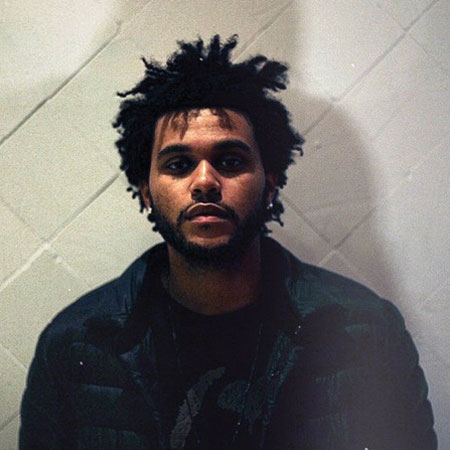 The Weeknd is a professional name of Abel Makkonen Tesfaye. He is a Canadian singer, songwriter, and record producer. He had uploaded several songs to YouTube under the name “The Weeknd” in 2010 which was liked by millions of people.

According to some sources, it is found out that Weeknd re-established his relationship with his ex-girlfriend Bella Hadid. Previously, he dated Selena Gomez, Yovanna, etc.

The Weeknd Early life and Education

The Weeknd was born as Abel Makkonen Tesfaye on 16th February 1990 in Ontario, Canada. He is the only child born to parents Makkonen and Samra Tesfaye who has migrated from Ethiopia to Canada.

Abel attended the West Hill Collegiate Institute and Birchmount Park Collegiate Institute but couldn’t graduate any of them. He was much interested in music which made him drop out in 2007. He either completed high school graduation nor he went to any University for bachelor’s degree.

Abel started his musical career uploading numerous songs to YouTube under the name “The Weeknd”. Eventually, he released his debut studio album, Kiss Land, in 2013 and his second album, Beauty Behind the Madness, peaked no. 1 on the US Billboard 200 as well as won two Grammy Award for Best Urban Contemporary Album.

The Weeknd song Earned It earned him an Academy Award nomination and his album Starboy debuted at number one on the Billboard 200 chart and became the top album in 80 countries around the globe within a day of its release.

Abel compilation album, Trilogy was listed at no. 5 positions on the Canadian album chart and no. 4 on the U.S. Billboard 200. His album was sold 86,000 copies which obtain him platinum status in America and double platinum status in Canada.

Similarly, his Beauty Behind the Madness earned him several award and nominations. It was sold over 1.5 million copies around the world and over 2 million copies only in the United States.

Also Read: Who is Selena Gomez dating? Know detail about her relationship and past affairs

Abel successful career made millions of girls crazy but all of them weren’t lucky at all. He dated Bella Hadid, an American fashion model, in 2015 after dating Yovanna.

Bella and Weeknd were seen together in different events and holidays destination. After a year of dating, Weeknd and Bella broke up because of citing their conflicting schedules in November 2016.

Later, The Weeknd started dating Selena Gomez, American singer, and actress, from January 2017. They had moved together in Greenwich Village, New York but after dating almost for a year, they broke up in October 2017 but still in touch.

According to some sources, it is found out that Weeknd re-established his relationship with his ex-girlfriend Bella Hadid.

Beside successful career, Abel Makkonen has also some Legal issues. He had punched a police officer in Las Vegas and sentenced 50 hours of community service. The Cutting Edge Music sued him copying the bass line of The Hills but the lawsuit is unknown.

The Weeknd earns the good sum of money in his career. His debuted studio album, Kiss Land was sold 273,000 copies in the United States. He earns a huge amount of money through music sales, world tours, and endorsements.

The Weeknd has several hit songs which have peaked on the top list of Billboard and sold over millions of copies. Recently, he has purchased $20 million mansions in the hidden hills of L-A.

Additionally, he has also a partnership line with Puma, H & M, and also an investor in the UFC. Allocating information from several sources as per 2018, it is found out that the weekend current estimated net worth is around $85 million.