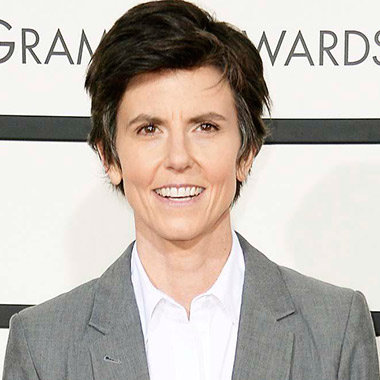 Mathilde “Tig” O’Callaghan Notaro, often know by her stage name Tig Notaro is stand-up comic, writer and actress. Born on March 24, 1971, Notaro has been active in the industry since 2001.

Notaro was born in Jackson, Mississippi and was raised in Pass Christian, Mississippi until kindergarden. Born as daughter to mother Mathiled “Susi”, she moved to Spring, Texas along with her parents. Notaro’s older brother Renaud Notaro is a radio talk show host. Notaro mother belongs to New Orleans and her grandfather was mayor of New Orleans John Fitzpatric, who held the position from 1982-1986. From her childhood days, Notaro never loved school and she failed in three grades and dropped out of high school. She passed General Educational Development in 1990 while she was living in Texas.

Having dream of becoming a good singer and an artist, she moved to Denver, Colorado and started her career in music industry. During her days in Colorado, she held the position of band manager for Tignation Promotions. Promoting her band she reached Los Angeles, where for the first time she appeared as stand-up. Since then she has been appearing in various shows as a stand-up comedian. She appeared on Comedy Central Presents and played role of Lesbian police officer on The Sarah Silverman Program. She worked along with Kyle Dunnigan, her writing partner and David Huntsberger on the video series Professor Blastoff. After making several appearances she started her own project which ended up with releasing of her debut album Good One in 2011. She has made her appearances on various television shows such as This American Life, Comedy Central’s Inside Army Schumer, In the Motherhood, Bob’s berger and many more. Her film works include: Ashes (2014), Catch Hell (2014, Walk of Shame (2014), In a word (2013) and Catch Hell (2013).

In July 30, 2012 she was diagnosed with breast cancer and during stage show in August 3 at Largo in Los Angeles, she spoke about her cancer treatment and difficulties she was facing. Based on her life, a documentary was made named Knock Kock, It’s Tig Notaro. Impressed with her work and speech during Largo show, C.K. made audio of the show and made it available for download under the name “Live” and which was also released as audio books in iTunes. Fortunately she won the fight against cancer and in 2014 during show in Town Hall New York City, she showed up scars on her body. Notaro is currently married with her wife Stephanie Allynne with whom she tied knot in 24, 2015 after becoming engaged on January 1, 2015. Besides her marital status, Notaro has tried to maintain a level of privacy on her personal life. Notaro stands tall with height of 5’5’’ and throughout her career she has made net worth of $750 thousand. Notaro gives some time from her busy schedule for social networking sites to update her fans and audiences and to interact with them. She is active in facebok, twitter and instagram.