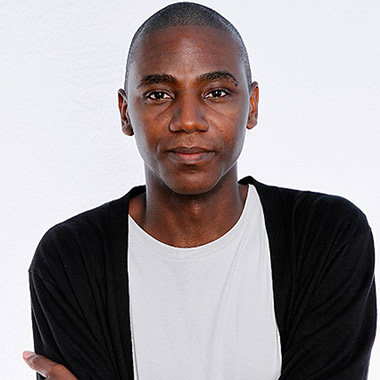 Jerrod Carmichael, born on 1987, in Winston-Salem, North Carolina, United States is a stand-up comedian, actor and writer. He came in lime light after he appeared in the NBC television series The Carmichael Show, where he played the lead role. He also released Jerrod Carmichael: Love at the Store, a stand-up HBO comedy special. It was filmed by Spike Lee at The Comedy Store in West Hollywood.

Carmichael was born on the year 1987 as a son to Cynthia and Joe Carmichael. His mother was a secretary whereas his father was a truck drive by profession. He was raised along with elder brother Joe Carmichael in the Morningside Manor neighborhood. He completed his high school education from Robert B. Glenn High school in 2005. After completing his high school, Carmichael decided to pursue career in acting. With a dream to become a successful actor, he moved to Los Angeles in 2008 and started his career as a stand-up comedian when he was 20 years old. At the beginning days in Los Angeles, he struggled to figure out the things and started to perform in various clubs. After struggling in Los Angeles more almost four years, he made his first big appearance in the “New Faces”, the showcase that held in Montreal Just for Laughs Festival. His performance in his debut big stage was widely appreciated and came in public attention slowly. In 2014, he finally got his role in the big budget film. He made his appearance in his breakout role in the film Neighbors in 2014. He made his appearance on TV show The Goodwin Games. After having experience in various stages and film, Carmichael he wrote eponymous NBC comedy. He was also the producer of the NBC sitcom and appeared in a role and his work was well received. In his writing he covered the topical subjects such as Black Lives Matter, gun rights, politics and LGBT. Through his show he used to express his feelings and experiences of being African American in the United States, which led the show to be considered as semi-autobiographical.

Carmichael’s other appearances include: The Goodwin Games (2013) as Elijah in 3 episodes, Comedy Bang! Bang! (2013) as Pranked Guy, Lucas Bros Moving co.(2014-2015) where he gave voice to the character Jerrod and The Meddler (2016) as Freddy/Fredo. He has been appearing in The Carmichael show in the role of Jerrod Carmichael. He is the writer, creator and executive producer of the show. He has been always focusing in African-American culture, human sexuality, pop, culture, race, relations and racism in his work. From his early days, he has been victim of racism being a black-American. Through his works, he has always been speaking against the racism that takes place in every place from school to Hollywood in United States. He has been source of inspiration for those African-American in United States who have been fighting against racism. His works are defined under genres of Observational comedy and satire. His stand-up comedy performances mostly satirized on the pop culture. He takes Richard Pryor, Chris Rock and Eddie Murphy as his source of inspiration.

Till date there is no any information about his married life, relationship and affairs. He might have been in relationship and might not have wanted to talk about it in media and he has been successful in hiding his personal life from media. Carmichael is active in facebook and twitter and he has thousand of follower in his social networking profiles. He might handsome monthly earning but again there is no any source to reveal exact figure of his net worth.