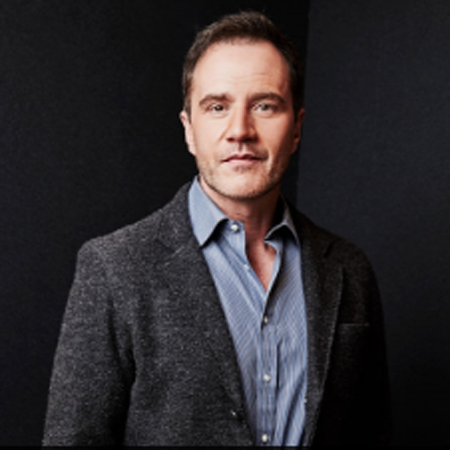 Tim DeKay is an American actor best known for his roles in the movies like Political Disasters, Peaceful Warrior, Control, etc. DeKay pursued his acting career in 1995 through the television series SeaQuest 2032 as Larry Deon. In 2017, he appeared in the television series Lucifer as Professor Jason Carlisle.

DeKay is married to Elisa Taylor and has two children. He tied a knot with his beloved wife, Elisa Taylor in 1991. They are blessed with a daughter Danna DeKay and a son Jamis DeKay.

Tim DeKay was born on 12th June 1963, in Lansing, New York, the United States to Jim and Jill DeKay. DeKay grew up along with his sibling brother, Jamey. During his early ages, DeKay enjoyed athletics and played volleyball as well as basketball. Furthermore, he also enjoyed arts, and performed in his high school’s production of Oliver!.

In 1985, DeKay completed his bachelor’s degree from the Le Moyne College. After that, he took few courses in directing at Syracuse University. Well, he received Master of Fine Arts from the Rutgers University.

Initially, Tim DeKay was interested in athletics and arts. During his school days, he played volleyball and basketball. However, in 1995, DeKay made his acting debut through the television series seaQuest 2032 as Lawrence Deon.

Later, DeKay appeared in the two episodes of Seinfeld: The Soul Mate and The Bizarro Jerry, as Kevin. Furthermore, he also starred in other series like Grace Under Fire, The Naked Truth, Ellen, etc.

In 2009, for the first time, DeKay directed as well as produced a short film, This Monday. The movie was included in several short film festivals including Cannes Short Film Corner and The Palm Springs International Short Film Festival.

Furthermore, he also made his first directional debut in the episode Stealing Home” in the same year. However, it was later premiered in 2012. Besides his television career, DeKay made his movie debut in 1996 through the movie If These Walls Could Talk.

After that, he appeared in the movies like Best Man Wins, Control, Randy and The Mob, etc. Well, his recent film is Best Man Wins (2014).

Talking about his recent activities, Tim DeKay is giving continuity to his acting profession.

In 2017, he starred in the television series Lucifer as Professor Jason Carlisle. Furthermore, he might be busy with his new projects.

54 years old Tim DeKay is already married. DeKay tied a knot with his beloved wife, Elisa Taylor in 1991. They are blessed with a daughter Danna DeKay and a son Jamis DeKay.

Up to now, this couple has been successfully maintaining their relationship. So there are fewer chances of their divorce. Besides this, there are no any records of other relationships. Likewise, DeKay hasn’t been the part of the controversy.

Allocating information from several sources as of 2018, it is found out that Tim DeKay’s net worth is estimated to be $2 million which is totally worth. Since 1995, he is still active in the field of acting, so it is sure that his earnings are quite good.

Well, observing his living styles and personality, he is sure to be living a lavish life. DeKay is successfully helping his family with his earning. Furthermore, his net worth is pretty much sure to be increased in the upcoming days.