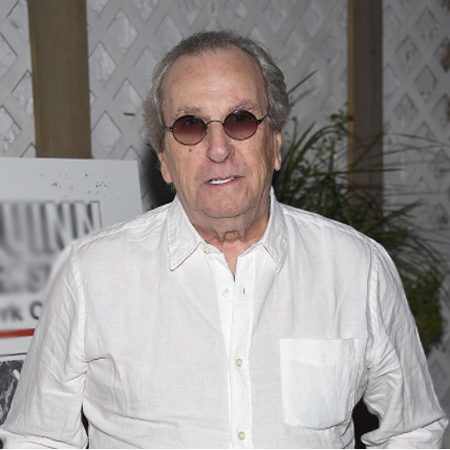 Danny Aiello is an American actor as well as a singer. He has appeared in several motion picture movies like  The Godfather: Part II (1974), The Front (1976), Once Upon a Time in America (1984).

Till now, Aiello has won different awards including National Board of Review Award for Best Cast and Golden Globe Award for Best Supporting Actor – Motion Picture. Aiello is married to Sandy Cohen and is blessed with four children.

Danny Aiello was born on 20th June 1933, in Manhattan, New York City, New York, United States. He is the son of Italian-American parents. His mother Frances was a seamstress and father Daniel Louis Aiello Sr., a laborer. At the age of seven, Aiello moved to South Bron x and attended the James Monroe High School.

However, at the age of 16, Aiello lied his age in order to enlist in the U.S. Army where he served for three years. Furthermore, he also served as a union representative for Greyhound Bus workers as well as a bouncer.

Before pursuing his career in acting, Danny Aiello served in U.S Army for three years. Furthermore, he also worked as a representative for Greyhound Bus workers as well as a bouncer. However, Aiello entered the film industry in the early 1970s. Later in 1973, he made his acting debut through the movie Bang the Drum Slowly.

After that, in 1974, Aiello appeared in the movie The Godfather Part II. However, he made his first co-lead role in 1980 movie Defiance along with Jan Michael Vincent. In 1981, Aiello received considerable acclaim for playing a racist New York City cop in Fort Apache, The Bronx. In the same year, he also won the Daytime Emmy Award for his appearance in A Family of Strangers.

Aiello still appears in different movies. His recent movies are The Neighborhood, Reach Me, Henry & Me etc. Besides his acting career, Danny Aiello has appeared in music videos as well as recorded his own songs. I Just Wanted to Hear The Words (2004),  Live from Atlantic City (2008) etc are some of his albums.

In 1986, Aiello featured the main character in the music video Madonna’s song, “Papa Don’t Preach.” Furthermore, he also recorded his own answer song, “Papa Wants the Best for You.”

Prior to his acting and music career, Aiello has also worked in theaters. His Broadway theater credit includes Gemini, The Floating Light Bulb, Hurlyburly, and The House of Blue Leaves.

Talking about his recent activities, Danny Aiello is giving continuity to his acting career. Recently in 2017, he starred in the movie The Neighborhood as Joseph Donatello. Likewise, he must be busy working on his new projects.

A versatile actor Danny Aiello is already married. Aiello tied a knot with his beloved wife Sandy Cohen in 1995. This couple had three sons Danny Aiello III, Rick, Jaime, and Stacey Aiello and a daughter. But their son Danny Aiello III an actor, as well as a stuntman, died due to pancreatic cancer in 2010.

Besides this, there are no any rumors of his other relationships as well as divorce. Well, in 2014, Aiello published his autobiography, “I Only Know Who I Am When I Am Somebody Else: My Life on the Street, On the Stage, and in the Movies” via Simon & Schuster.

As of now, Danny Aiello has the estimated net worth of $3 million. He has appeared in several motion pictures movies. Likewise, Aiello also adds money from his singing and theater career.

Aiello is successfully running his family with his income. Observing his personality and living style, he is sure to be having a lavish life. Furthermore, he is still working in the acting field, so he is pretty much sure to be earning a decent amount of money.