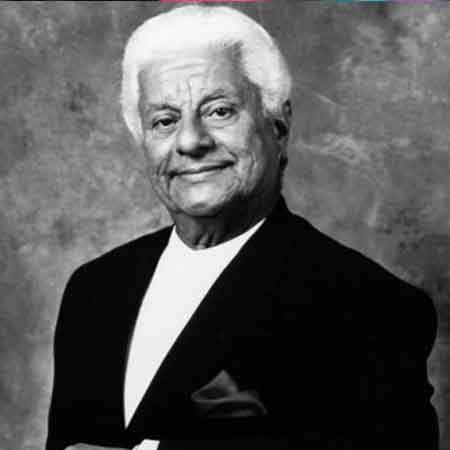 Tito Puente was an American songwriter, record producer, and musician who was best known for dance-oriented mambo and Latin jazz compositions. Besides, he was also widely perceived for winning five Grammy Awards for his distinctive musical sound.

Tito Puente was married to girlfriend, Margaret Asencio. The husband and wife were blessed with three children, a daughter Audrey Puente and sons Tito Puente Jr., Richard Puente. His daughter is an American meteorologist whereas his son Tito Puente Jr. is a bandleader.

Ernesto Antonio Puente better recognized as Tito Puente was born on 20th April 1923, in Manhattan, New York at Harlem Hospital Center. He spent a majority of his childhood in the Spanish Harlem, the area of the city. His father was the foreman at a razor blade factory.

As a child, his mother sent him to piano lessons. Besides, Puente later created song and dance duo with his sister. Anna intended to become a dancer but due to an ankle injury, he could not pursue his career as a dancer. He then became a drummer in Machito’s band.

Tito Pente Career as a Musician

Puente grew up in New York City’s Spanish Harlem and at the age of 13, he became a professional musician. After an apprenticeship in the historic Machito Orchestra, he was drafted into the U.S. Navy where he served in World War II.

In 1945, he returned to New York to study at New York City’s famed Juilliard School and in 1948 formed a band, the Tito Puente Orchestra. In 1999, Tito was awarded an honorary degree at Columbia University.

His band began attracting large crowds which made him a Latin music sensation. He released his best-selling album, Dance Mania, and more hits followed in 1958. Besides, he received numerous awards for his works including five Grammy Awards.

Tito Puente and his music appear in many films, comprising Fernando Trueba’s Calle 54 and the Mambo Kings. Moreover, he also guest-starred on several television shows such as The Cosby Show, Sesame Street,  and most notably the Simpsons two-part episode Who Shot Mr. Burns?

Tito Pente married his wife, Margaret Asencio in 1963. The husband and wife were blessed with three children two sons, Tito Puente Jr., Richard Puente and a daughter, Audrey Puente. He and his family were living a happy life. However, a tragic end came after the Tito death on 31st May 2000. He died at the age of 77.

Currently, his son Tito Puente Jr. is carrying his father legacy by presenting his performances and recordings with much of his father’s repertoire.

Tito Pente earned a good sum of money during his career. As an established musician, songwriter and record producer, Tito Pente accumulated a decent sum of money.

Allocating information from several sources it is found out that since his death, his net worth was estimated at around $5 million.