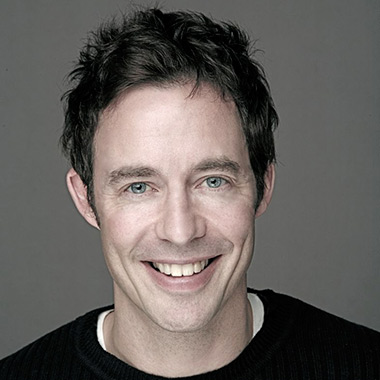 Thomas Cavanagh a.k.a. Tom Cavanagh is a Canadian actor and director who is known for a variety of roles on American TV such as ED, Love Monkey, Trust me, as well as recurring roles on Scrubs and Providence. Furthermore, he is starring on The CW television series The Flash, portraying various versions of Harrison Wells.

The fifty-five years old is married and has 4 children together with his wife. Furthermore, his net worth is approximately $4 million.

Tom Cavanagh has an estimated net worth over $4 million as of 2019. The significant source of his earning is the acting industry.

Starring on The CW television series The Flash, he is reported to make around $35,000 per episode.

Besides, he owns a million dollars house in Ottawa, Ontario, Canada.

In 2008, Tom Cavanagh established a charity organization called Cavanagh Classic, a yearly celebrity basketball tournament and raised money to fight malaria and to provide a mosquito net to the people in need in different parts of the world.

Thomas Patrick Cavanagh was born to a Roman Catholic family on 26 October 1963 in Ottawa, Ontario, Canada. His parents, Rosemary Cavanagh, Thomas Cavanagh Sr., who is an Irish descent moved to a small town in Ghana called Winneba when Cavanagh was a child. He has one elder brother and three sisters.

When Cavanagh turned a teenager, the family returned to Canada and settle in Lennoxville, Quebec. Here, he studied his high school and later attended Séminaire de Sherbrooke, to study French.

During this time, Cavanagh used to play basketball for the Barons. He then went on to pursue education and attended Champlain College, a General and Vocational College in Lennoxville. He later attended Queen’s University, Kingston, Ontario; it was during this time he discovered his interest in theater and music. He graduated from here with a degree in English, Biology, and education.

Before Tom Cavanagh became a professional actor, he has appeared in Canadian TV dramas such as ‘Jake and the Kid’ for years during the 1990s. He had also done commercials by appearing in Labatt Blue Light beer advertisements and also for CIBC, a Canadian bank.

IN 1989, Tom Cavanagh made an appearance in a musical Broadway revival called ‘Shenandoah’. In 2008, he played in the production of ‘Some Americans Abroad’ at Second Stage Theater in New York. Cavanagh’s other stage credits are, ‘A Chorus Line’, ‘Cabaret’, ‘Urinetown’, ‘Grease’ and ‘Brighton Beach Memoirs’.

He was then cast as the protagonist in NBC’s show ‘Ed’, where appeared through all the four seasons. From this role, he was highly appreciated and earned great support from the audiences. He appeared as a guest artist in ‘My Big Brother’ in 2002. The same year, he was seen in the film ‘Bang Bang You’re Dead’.

In 2005, Cavanagh appeared in the pilot of ‘Love Monkey’ for CBS. The CBS refused to air the complete show and later in 2009 and 2010, Universal HD cable network aired the entire episode. He played the lead role in Lifetime Movie Network series ‘The Capture Of The Green River Killer’.

Cavanagh was seen hosting Stories for the Vaults from 2008 to 2009 and guest starred in ‘Royal Pains’. In 2012, he appeared in the Lifetime television movie ‘A Killer Among Us’. Currently, Cavanagh has a recurring role on the CW show ‘The Flash’, starring alongside Candice Patton, Danielle Panabaker, and Rick Cosnett.

Cavanagh’s other films credit includes, ‘Heart of the Storm’; romantic comedy ‘Alchemy’ in 2005; Grey Matters, a romantic comedy in 2006; Breakfast with Scot, where he played a role of a gay retired hockey player.