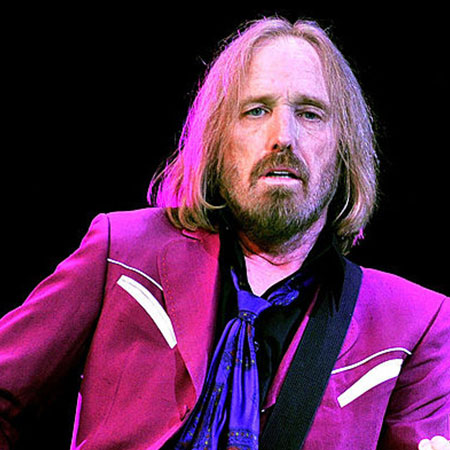 Thomas Earl Petty, known by his stage name Tom Petty, was a very talented  American singer, songwriter, multi-instrumentalist, record producer and an actor. He had a band Tom Petty and the Heartbreakers which was formed in 1976 in which he was a lead singer. He had given super hit songs like Free Fallin and Runnin Down A Dream.

Tom Petty was married twice in his lifetime. His first marriage was with Jane Benyo in 1974 and after divorce, he married again with Dana York on June 3, 2001. He also received many awards such as Billboard Century Awards and in February 2017 he was honored as MusiCares Person of the Year for the contribution he did in music and for his philanthropy works.

Tom Petty had a net worth of $95 million dollars. He popularity lasted for more than 40 years and he was an artist so sought for that his concert tickets used to be sell-out within weeks of openings.

Tom Petty’s house was destroyed in a fire in May 1987, and it caused a great loss for him but he was able to save his original recordings and his favorite Gibson Dove acoustic guitar. When he built his new house he made it sure to make it with fire-resistant materials in order to be safe from fire.

He had also a great collection of guitar that he was proud of. His main instrument was his sunburst 1964 Fender Stratocaster which he played from 1976 to 1982. He used Rickenbacker from 1979 onwards and these Rickenbacker guitars were designed by Petty himself.

Tom Petty was married for the first time in 1974 with Jane Benyo. His first marriage lasted for 22 years. Then in 1996, they got a divorce. Tom had two daughters Adria who is a director and Annakim who is an artist. Petty remarried Dana York on June 3, 2001, with and he had a stepson named Dylan from York’s previous marriage.

He was also very active on social media sites having 438k followers on Twitter and 204k followers on Instagram. Before his death, he lived in California, the United States with his family.

Tom Petty was born on October 20, 1950, in Gainesville, Florida of the United States to Earl Petty and Katherine Petty. He had a brother named Bruce who was seven years younger than him. He was a high school dropper who dropped out of high school at the age of 17.

His interest in the music started after meeting Elvis Presley. He also revealed that he wanted to be a part of a musical band when he saw The Beatles on The Ed Sullivan Show. His favorite punk band was the Rolling Stones. He began to learn to play guitar from his first guitar teacher Don Felder. Petty also worked as a gravedigger during his early years.

Petty’s first band was Epics which later became Mudcrutch and it failed to interest mainstream music audience. They recorded only a single titled Depot Street it 1975 and it did not get listed on the chart.

His first band split up and Petty along with Campbell, Ron Blair, and Stan Lynch formed another band Heartbreakers. The first album of their band did good and they also released a single Breakdown which appeared in the chart on the number 40.

Their second album You’re Gonna Get It, released in 1978 was an average hit but their third album Damn The Torpedoes became the band’s most successful album. Again their next albums Hard Promises, Long After Dark, Southern Accents and Let Me Up did great success. During 1986 they also did a tour with Bob Dylan as Dylan’s backup band. 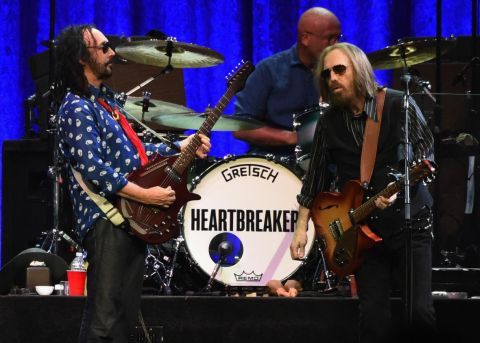 Petty also made his solo debut and released an album Full Moon Fever in 1989 which became a commercial success and got listed on the US Billboard 200. He also released their band’s eighth album titled “Into The Great Wide Open’ and it also became a success. And their ninth album Songs and Music form the Motion Picture “She’s the One” also lead to a similar result.

The second solo album Wildflowers by Petty also did good business and his third solo album Highway Companion which he did in 2006 also did well commercially. He also did four other albums with his band titled Echo, The Last DJ, Mojo, and Hypnotic Eyes which were also successful.

He also did some movies such as FM, Made in Heaven, The Postman but those didn’t get the same review as his music. He also did few television shows such as Garry Sandling’s Show, King of the Hill, and he was also featured in animated series The Simpsons.

Petty was awarded UCLA’s  George Gershwin and Ira Gershwin Award in April 1996. He also won the American Society of Composers, Authors and Publishers’ Golden Note Award. His band also got a star on the Hollywood Walk of Fame in New York. 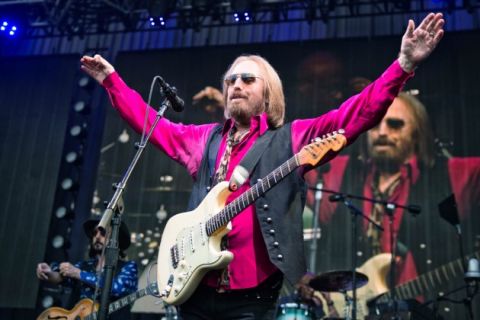 Further, Petty was also awarded Billboard Century Award on December 6, 2005. He was honored as MusiCares Person of the Year in February 2017. A documentary on him titled Runnin’ Down a Dream was premiered at the New York Film Festival.

Tom Petty died because of mixed drug toxicity, that is he took various medicine at the same time and due to the reaction of different medicine he died. He was found unconscious, not breathing and in full cardiac arrest at his home and they took him to UCLA Medical Center in Santa Monica California but the doctors were not able to save him.

They held his memorial service at Self-Realization Fellowship Lake Shrine in Pacific Palisades on October 16, 2017.