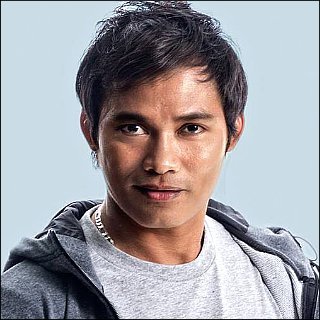 Tony Jaa is a Thailand actor, martial artist, action choreographer, stuntman, and director. He is well-known for featuring in the movies like Ong-Bak: Muay Thai Warrior and Furious 7.

Tony Jaa married to his long-term girlfriend, Piyarat Chotiwattananont on 3rd May 2012. He and his girlfriend dated for several years before getting married and got married.

Tatchakorn Yeerum was born on 5th February 1976 in Surin, Thailand. He is recognized with different names, formerly known as Phanom Yeerum, internationally known as Tony Jaa and Jaa Phanom in Thailand.

Tony was born to father, Thongdee Yeerum, and mother, Rin Saipetch. He grew up along with his siblings Taweesak Yeerum, Waew Yeerum and Hatthaya Yeerum in Surin. After completing high school graduation, Tony graduated with a bachelor’s degree from Maha Saeakham Institute of Physical Education. Regarding his ethnicity, he is Asian and holds Thailand Nationality.

Tony was interested in martial arts since he was a child. He was inspired by Bruce Lee, Jackie Chan and Jet Li as he grew up watching their movies. At the age of 10, his eager in martial arts led him to began training in Muay Thai at the local temple.

After five years of practice, he was offered to become a protege of stuntman by action movie director, Panna Rittikrai. Then after he completed his Physical Education degree from Maha Sarakham College.

Firstly, Tony worked as a stuntman in numerous Panna’s movies for 14 years and also used to double for several movies and action commercial as per required. Eventually, he got the chance to featured in the movie, Ong-Bak: Muay Thai Warrior as a leading man.

Tony’s diligent performance and outstanding stunts won the heart of millions of people and led him to feature in the second major movie, Tom-Yum-Goong. He also featured in movies like The Bodyguard, The Bodyguard 2, Ong Bak 3, Ong Bak 3 and took a break from acting.

On 28th May 2010, Tony Jaa became a Buddhist monk at a Buddist temple in Surin. After a few years in the monastery, he returns to acting and continues his acting career. Then after he portrayed in the movie Skin Trade, Furious 7, Never Back Down: No Surrender, Paradox, Triple Threat, SPL II: A Time For Consequences, etc.

Tony Jaa married to his long-term girlfriend, Piyarat Chotiwattananont on 3rd May 2012. He and his girlfriend dated for several years before getting married and got married.

Firstly, they registered their marriage officially on 29th December 2011 and their wedding ceremony was held a year later. Tony and his wife are blessed with two daughters named as Hathaipawee Yeerum and Narinray Yeerum. They are living happily together along with their children. and no sign of divorce.

They are living happily together along with their children. and no sign of divorce. There are no signs of divorce between the husband and wife

Tony earns the handsome amount of money in his career. Being an actor, martial artist, action choreographer, stuntman, and director, he has several sources of income through which he finances his living. Allocating information from several sources as of 2018 it is found out that Tony Jaa current estimated net worth is around $10 Million.

With all his effort and struggle he has added a lot of money to his net worth. Moreover, he also receives a decent amount of money from several fashion lines and brands as an endorsement.