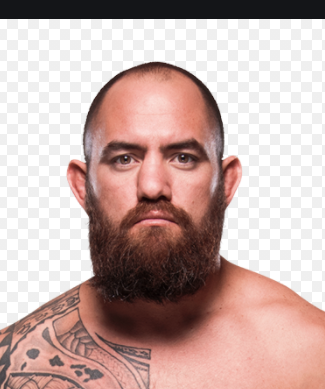 Travis Browne is a professional mixed martial artist who is widely renowned for competing as a heavyweight in the UFC. He is two times Fight of the Night, four times Knockout of the Night and one-time Submission of the night.

Travis Browne was previously married to a model, Jenne Renee Webb. However, the couple separated after living together for years. After Webb, Browne dated with a mixed martial artist, Ronda Rousey. Now, the couple is married.

Travis Kuualiialoha Browne was born on 17th July 1982, in Oahu, Hawai, to American parents. He attended San Diego High School where he played basketball and also became the 2000 Coastal North League Player of the Year. Afterward, he joined at Palomar College for pursuing further education.

Travis Browne started learning Brazilian jiu-jitsu at the age of 26. At that time, he knew nothing about mixed martial arts. However, his growing success and hard work had his first professional fight less than a year of training.

Travis Browne made his first professional MMA debut in 2009 in small organizations including Bellator Fighting Championship, King of the Cage, and Gladiator Challenge.  At that time, he became the undefeated winning streak of 9-0.

Right after that, he signed the UFC and made his debut with The Ultimate Fighter: Team Liddell vs. Team Ortiz Finale fighting against James McSweeney. Browne won the fight with TKO in the first round. Following years, he fought against several mixed martial artist comprising, Stefan Struve, Antonia Silva, Alistair Overeem, Brendan Schaub, Matt Mitrione and so on.

Travis Browne is a married man. He was previously married to a model, Jenne Renne Webb, and Erin Browne. However, their relationship could not last for a longer period and ended with divorce. He had two sons with Erin. They are Keawe and Kaleo Browne.

Travis is currently married to UFC woman champion, Ronda Rousey. The couple tied the knot in August 2017. The couple does not share any children from their relationship. Besides, they both are busy in their UFC career.

Instagram: Travis with his wife on their wedding, they look cute in a wedding dress;

Travis is pretty much active on social networking sites like Twitter and Instagram. He often posts his pictures visiting different events and places. Currently, the talented and hard working mixed martial artist is living a happy life with Ronda.

Travis Browne receives a great amount of salary from his UFC career. As of 2018, his net worth is under review but analyzing his works, he appears to be making money in millions of dollars. He is fond of bikes and has one.

The day I picked up my #harleydavidson from @biggsharley!! #hawaii #activ8media #ufc #motorcycle

Travis often shares pictures of his lavish lifestyle. He owns an expensive mansion worth millions of dollars where he stays with his current wife.