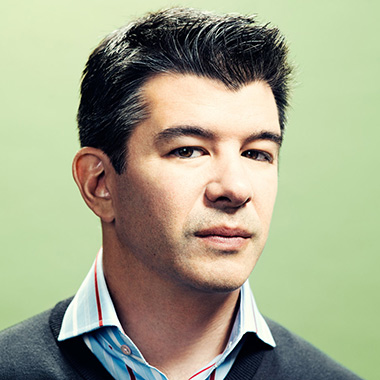 Travis Cordell Kalanick a.k.a. Travis Kalanick is an American billionaire businessman. He is the co-founder of Uber, a transportation network company, Scour, a peer to peer file sharing application, and Red Swoosh, a peer-to-peer content delivery network.

In 2017, Red Swoosh was sold to Akamai Technologies. Further, he resigned from Uber in 2017 but remains a shareholder and board member.

Travis Kalanick has an estimated net worth of $5.9 billion and is ranked 115th on the Forbes 400 list of richest Americans as of 2019. Furthermore, he Kalanick still holds an estimated 7% stake in privately-held Uber, which makes up the majority of his fortune.

While rich people often own several, sometimes dozens, of incredible cars, but Kalanick is satisfied with BMW M3 worth $66,500.

Furthermore, he started a venture fund, 10100 which is focused on job growth and the fund is going to tackle large scale employment opportunities by investing in e-commerce, innovation and real estate in emerging markets like China and India.

Kalanick, 42, possibly single and unmarried at the moment.

Kalanick was in a relationship with professional violinist, Gabi Holzwarth. The duo started dating in 2014 after being introduced at a party hosted by Uber’s shareholder, Shervin Pishevar.

After dating for two years, they broke up in August 2016. According to the sources, the pair ended their relationship due to mounting pressures of his work.

After Gabi, he began dating Angie You. They were first spotted in the wedding ceremony of former Uber business chief Emil Michael and his wife Julie Anne Herrin in January 2018.

They attended the weddings held at Miami and were rarely seen on the photographer’s eyes.

Travis Cordell Kalanick was born on August 6, 1976, in Los Angeles, California, United States. He is the CEO and co-founder of the Red Swoosh company, a peer-to-peer file-sharing, and Uber, the transportation network company.

Bonnie Renee Horwitz, Kalanick mother, and his father, Donald Kalanick, was an engineer. He has two half-sisters and a brother. His brother Cory Kalanick is a firefighter.

He has spent his childhood in Northridge, California and got his education from Granada Hills High School and for further studies he got admitted to University of California, Los Angeles, to study computer engineering.

In 1998, to start his career as an entrepreneur Travis Kalanick with some of his classmates dropped out of University of California, Los Angeles started their own business. They had started Scour Inc., a multimedia search engine and Scour Exchange, a file exchange service respectively. In 2001, with Scour’s engineering team, Kalanick established a new company Red Swoosh.

His company Red Swoosh, the main idea was to allow users to transfer and trade large media files. In 2007, his company was acquired by Akamai Technologies for $19 million. Thinking to benefit the passengers and the drivers in 2009, Kalanick and Garrett Camp founded Uber, a mobile application company that helps to connect passengers with drivers of vehicles and the company helps the passengers when they need to hire a vehicle.

Travis Kalanick has expanded his business very rapidly around the world. Uber operates in more than one hundred cities around the globe. In some cities of North America including Washington D.C., Chicago, Toronto, and New York City he has faced some controversy.

From similar companies in a city like London, his company is facing fierce competition. Due to the occurrence of fierce competition in the market, he has created a “win at all cost” culture in his Uber organization, for his step he has got great criticism from the workers in November 2014. He has also faced some criticism when he made a bad remark about the women. In different conferences and business events, including TechCrunch Disrupt, Tech Cocktail, and LeWeb he has seen presenting and sharing his professional experiences.

In the 8th Annual Crunchies Award held on February 5, 2015, Kalanick was nominated for the Best CEO.