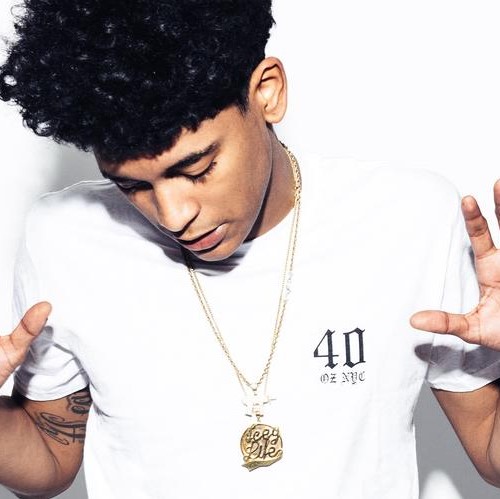 Trill Sammy is an American entertainer and Rapper, who is rose to fame after forming freestyle rap compilations on Vine & Twitter. Additionally, he is popular for his song called ‘Trappin’ and “Wholesale.” He is unmarried till date but he is in a relationship with Mizz Twerksum.

Trill Sammy was born on November 30, 1997, in Houston, Texas. He belongs to American nationality but his ethnicity is African and Puerto Rican. Trill Sammy is very close to his mother but the information regarding his parents is still unknown to us.

Growing up in the City of Lean, Trills life story is one that could be narrated by him only. So it’s no surprise, that Trill’s numbers grow daily on social media, & music downloads. His music gives a high escape from life and engaging content for Trap Music Fans.

Trill Sammy began his career during his high school days, doing some freestyle rapping on Twitter and it generated some buzz. In 2015, he came to lime light and fame after his short rap was posted on Vine and Twitter. After the video gained a great success his followers increased to millions of followers and also he was liked by many peoples in various social media sites.

In 2015, Trill Sammy released his song called Trappin on Youtube where he became an able to Catch the attention of Moguls like Soulja Boy, & Chedda the Connect. His first joint track was titled as ‘Just Watch’, which was a collaboration done with Houston colleague rapper Dice Soho.

He followed this up by other smash hits including “Like Martin” & “WholeSale”. Trill’s high energy & ad-libs, mixed with his fresh lyrical content elevated him quickly into the mainstream Houston culture. Houston has gained a name of lighting the works of street artists; converting them into legends, and changing the culture of Hip-Hop worldwide.

In 2016, he gave a lift to his career goal when he was featured in the music video called ‘Check Out’. On 2016 November he released rap music called Sorry 4 The Sleep. After summer he was with 33 date tour in the United States. After showing some progress to his career he began to release songs like Go, Just Watch, Uber Everywhere.

Trill Sammy has also gained more than 16 million Vevo and Youtube streams. His song track ‘Uber Everywhere’ was played over 24 million times on the Soundcloud.Trill’s  collaborations like ‘Just Watch’ and ‘Really Matter’ was streamed for 16 million times. His new visual for “TWO”, directed by @ALEXXFIGS) via Houston Hip Hop Fix on  24, August 2017.

This 19 years old teen sensational star has been attracting a lot of people’s attention through his amazing performance. He is unmarried till date but Trill Sammy is currently dating with Mizz Twerksum.