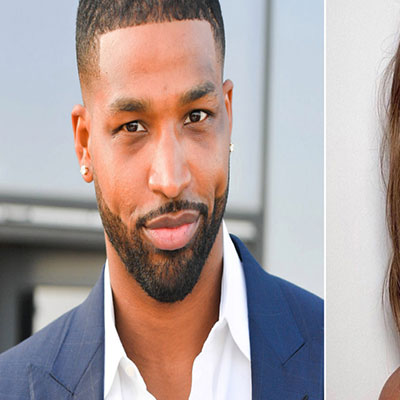 Tristan Trevor James Thompson is a Canadian professional basketball player who is currently playing for the Cleveland Cavaliers of National Basketball Association (NBA). Before this, he also played one season of college basketball for Texas. Thompson represents Canada in International competitions.

As for Thompson’s personal life, he is currently dating Khloe Kardashian. The couple seems to be happy and is expecting a baby in 2018. To know more about this accomplished player’s life, net worth, career and more keep scrolling.

Tristan Thompson was born on March 13, 1991, in Toronto, Canada.  His parents are Trevor and Andrea Thompson. He is a Canadian and belongs to African ethnicity.

[ CAPTION: Tristan Thompson for Cleveland Cavaliers ][ SOURCE: Give Me Sports ]

Thompson spent his sophomore and half of his junior year at Saint Benedict’s Preparatory School playing basketball. Soon, he rose to stardom due to his brilliance in the game. Thompson became the most sought-after recruit in the nation by the time he entered junior year.

However, his relationship with St. Benedict’s coach hit a rough patch. Thompson was sent to court when a heated debate ensued between the two during halftime of a game. He was removed from the team.

Thompson then joined Findlay and made an immediate impact on the team thriving under Findlay coach Micheal Peck. He helped to lead Findlay to their first National Championship.

Thompson then joined the University of Texas on November 11, 2009. He averaged 13.1 points and 7.8 rebounds. He won the team’s Most Valuable Player Award.

Thompson was drafted fourth overall in the 2011 NBA draft by the Cleveland Cavaliers on July 23, 2011. He signed his rookie contract with the Cavaliers o December 9, 2011. Thompson made his professional debut against his hometown Toronto Raptors on December 26, 2011.

In the game, he managed to score 12 points and pulled in 5 rebounds. Later, Thompson earned NBA All-Rookie second team honors in the NBA.

In the 2016-17 season, Thompson was again successful in helping the Cavaliers reach the NBA Finals for a third straight season. On, February 25, 2018, he had a season-high 13 rebounds in 23 minutes. However, the team faced a 110-94 loss to the San Antonio Spur.

Tristan Thompson is currently in a relationship with Khloe Kardashian. The pair has been dating for more than a year; making their first appearance together in September 2016. The couple looks very happy together. They are expecting a baby girl on April 24. The two confirmed the pregnancy via Instagram in December 2017.

My greatest dream realized! We are having a baby! I had been waiting and wondering but God had a plan all along. He knew what He was doing. I simply had to trust in Him and be patient. I still at times can’t believe that our love created life! Tristan, thank you for loving me the way that you do! Thank you for treating me like a Queen! Thank you for making me feel beautiful at all stages! Tristan, most of all, Thank you for making me a MOMMY!!! You have made this experience even more magical than I could have envisioned! I will never forget how wonderful you’ve been to me during this time! Thank you for making me so happy my love! Thank you to everyone for the love and positive vibes! I know we’ve been keeping this quiet but we wanted to enjoy this between our family and close friends as long as we could privately. To enjoy our first precious moments just us ❤️ Thank you all for understanding. I am so thankful, excited, nervous, eager, overjoyed and scared all in one! But it’s the best bundle of feelings I’ve ever felt in my life! ❤️❤️❤️

Before dating Khloe Kardashian, Tristan Thompson was in a long-term relationship with Jordan Craig. The two share a son together who was born in 2016 after they had split. Craig was pregnant when Thompson broke up with her. The basketball player moved on with Khloe Kardashian soon after.

Despite having some problems in their personal life, Thompson and Khloe are very excited to welcome their baby girl.

Tristan Thompson’s exact net worth is not known. However, he is making $16.4 million in the 2017-18 season. It is a part of the $82 million contract that he signed with Claviers.

His pay is expected to increase over the remaining time of his contract. Thompson is predicted to earn around $17.4 million in the 2018-19 season and $18.5 million for the 2019-20 season. So, Tristan Thompson’s net worth will experience a rise in coming years.

The accomplished basketball player also owns a $1.9 million home in Bratenahl, Ohio. Apart from that, Thompson has a collection of luxury cars including Range Rover, BMW Z4, Audi R8 and Lamborghini. These luxury cars altogether cost more than $1 million.