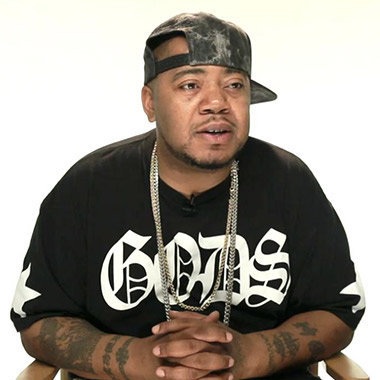 Carl Terrell Mitchell, widely known by his stage name Twista is an American hip hop artist was born on November 27, 1973. He held the title of fastest rapper in the world and was named in the Guinness World Records in 1992. To make the record he pronounced 598 syllables in 55 seconds. He is one of the top rappers in the US.  Being born in Chicago, Illinois, US, he was raised in the K-Town area of the North Lawndale.

Twista had passion in rapping since his childhood and started rapping from the age of 12. In 1992, he released his first album Runnin’ Off at da Mouth. At that time he was known as Tung Twista. His first album didn’t do much well but gained attention from the people. In 1994, he released his second album called Resurrection. The album was released only in the city of Chicago due to problems with his record label Atlantic Records and marketing issues.

Twista teamed up on the track “Po Pimp” with Cwal’s and producer The Legendary Traxster. The track was produced by Traxster and became a hit single. In 1997, Cwal’s label made a deal with Atlantic Records and released the album “Adrenaline Rush”. After that, Twista dropped “Tung” from his name. Until then he was popular as Tung Twista. Adrenaline Rush became the first charting album of Twista. It was ranked 77 on the list of Billboard Hot 200. In 1998, he teamed up with other rappers to make a group “Speedknot Mobstaz”. The group released their first album “Mobstability” in 1998. The album was produced by Traxster.

He released two albums “Legit Ballin’” and “Legit Ballin’ Vol. 2: Street Scriptures” in the year 1999 and 2001 respectively from his own Legit Ballin’ label. Later the label released another album “Respect The Game, Vol. 3” in 2002. In 2006, they released album “Volume 4: Tha Truth”. In 2002, Twista started recording his album Kamikaze with the famous rappers like Kanye West and Ludacris. The album was released only after two years of recording in 2004 and hit the top spot on the American Billboard 200 album chart. “Slow Jamz”, the first single from the album featuring Kanye West and Jamie Foxx became the number 1 hit song in the US. The album was sold out more than 2 million copies. The album “Kamikaze” took Twista to another level of success and popularity. He made his mark in the community of rap.