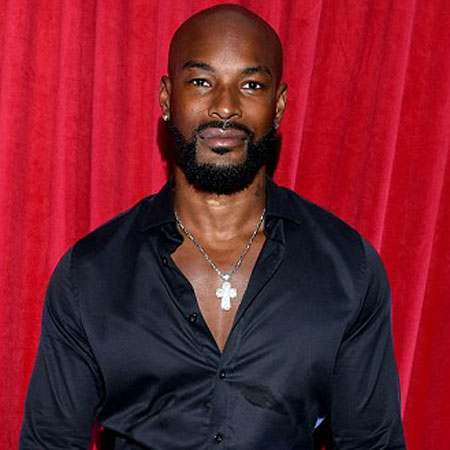 Tyson Beckford is an American actor and fashion model. He was named “Man of the Year” by the tv music channel VH1, in 1995.

Tyson was born on 19th December 1970 in Bronx, New York. He was born to an African-Jamaican father, Lloyd Beckford, and a Chinese Jamaican mother, Hillary Dixon Hall, and grew up along with her siblings.

Tyson family moved to Jamaica shortly after his birth but returned to New York after seven years and settled in The Bronx. He attended a high school in Jamaica and after getting back to the US, he completed his high school graduation.

Beckford wanted to pursue his career in an entertainment industry so he didn’t go to any University for higher education.

After a couple of years in modeling, he earned Man of the Year title by VH1 channel and also 50 Most Beautiful People in the World by People magazine, in the same year 1995.

After getting in the limelight, Tyson represented Soul Artist Management in New York as well as D’management Group in Milan. He made his appearance on the ABC network’s reality game I’m a Celebrity…Get Me Out of Here and co-hosted Make Me a Supermodel on the tv channel Bravo as well as worked as a mentor for the show’s second season.

Moreover, Beckford also judged and mentored the contestants of the Australian version show Make Me a Supermodel and hosted British and Ireland next top model as well. He was also ranked in 38th position on VH1’s 40 Hottest Hotties of the ’90s.

Beside modeling career, Tyson featured in several tv series such as My Wife and Kids, Video on Trail, The Characters and cast in movies such as Supermodel, Addicted, Wait, Gas, Zoolander, Biker Boyz, and much more.

Being Hottest Hotties of the ’90s and 50 Most Beautiful People in the World, there is no doubt that millions of girls are dying to date and marry him. Tyson Beckford dated April Roomet from 1997 to 1999, Shanina Shaik, CariDee English from 2008 to 2009, Berniece Julien and Paige Butcher in 2009.

Tyson earns the good sum of money in his career. Being actor he featured in several movies and tv series through which he obtains a decent amount of money. He charged $200,000 per episode in TV series and $500,000 per movie.

Beckford is also a model. He signed a $1.2 million contract with Sean John for appearing in the company’s advertising campaign. Additionally, he also earned a huge sum of money as an endorsement for promoting several brands and fashion lines. Allocating information from several sources as per 2018, it is estimated that his current net worth is around $14 million.